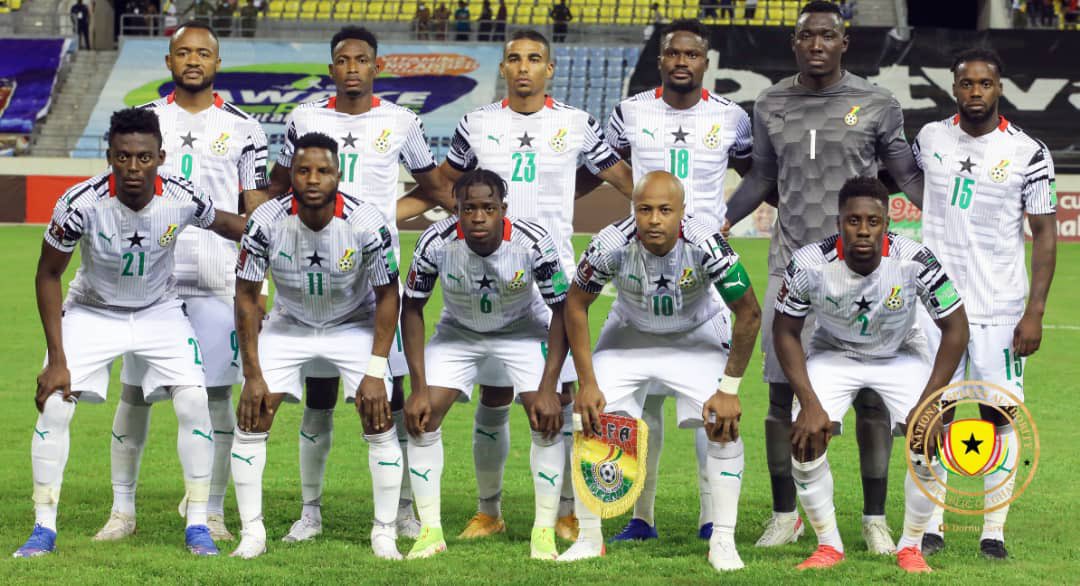 After keeping Ghanaians in suspense and obviously the Super Eagles of Nigeria sitting on tenterhooks, the Ghana Football Association (GFA) has finally released the final list of players to face Nigeria.

New coach Otto Addo has been tasked to qualify the team at the expense of their external foe in a two-legged World Cup playoffs.

The first game comes off at the Baba Yara Sports Stadium on March 25.

The Cape Coast Stadium was initially billed to host the all-important fixture but the current state of the Cape Coast facility prompted a change in location, with the Confederation of African Football granting a one-match approval for Baba Yara Stadium.

See below for the full squad poised to dismantle Nigeria on Friday, March 25, 2022.