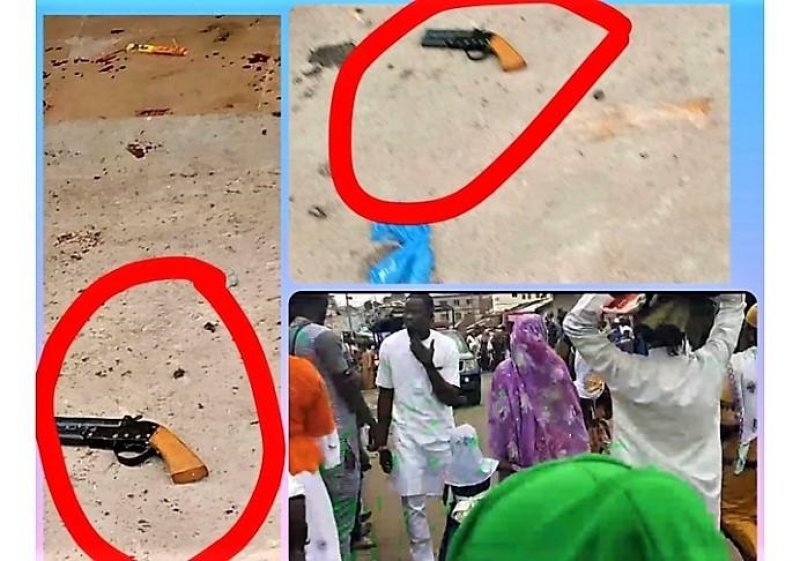 A 16-year-old boy has reportedly died after he was hit by a stray bullet in Aboabo Number 2 in the Asokore Mampong Municipality of the Ashanti Region whiles he was celebrating Eid-ul-Adha. Another person who was also hit by the bullet is currently battling for his life at the Emergency Unit of the Manhyia Government Hospital. According to 3news, some youth who joined the prayers were firing gunshots and brandishing weapons as part of the celebrations on Tuesday, July 20.

A stray bullet from the warning shots, however, hit 16-year-old Gafaru Kasim, who was rushed to the Manhyia Government Hospital but could not survive but another person sustained severe injuries.

Officers of the Crime Scene Department of the Ashanti Regional Police Command of Ghana Police Service were deployed to the scene to assess the situation and blood stains of the victims could be seen on the ground.

“I am not an expert in shooting. I don’t see why you should use gun in celebration. It is not done anywhere,” he told TV3‘s Benjamin Aidoo.

“I will advise the youth to resist from these sorts of acts. Let us all have a fruitful celebration for the year so that at the end of the day we will say this year’s celebrations have been very wonderful and have been very good.” Source:NKONKONSA.com