The revelation came up whilst Burna Boy and Shatta Wale were both dirtying themselves in the mud as they spilled each other’s secrets over the weekend.

Shatta Wale admitting to having indeed carried out the act of forcing a lady in his Twitter post has also triggered colleague musician, Edem to berate him saying he can’t be proud of that. 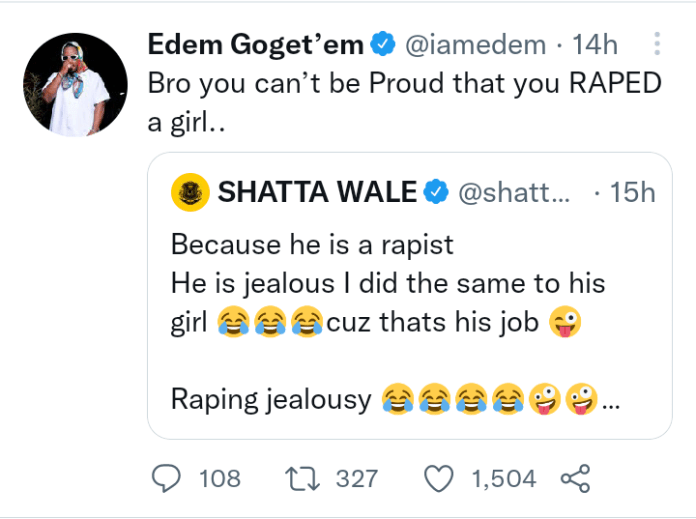