THIS ALBUM WILL BE A BLESSING TO ME – Stonebwoy

Reggae/dancehall musician, Stonebwoy has is hopeful of making huge strides with his next album which is yet to be released.

Stonebwoy in a recent post on Instagram remarked that his new album is the beginning of greater grace because it’s going to be a blessing to him and we can’t wait to listen to the magic he has done.

According to the BHIM president, the album will be a blessing to him, however, he did not reveal the title of the album. 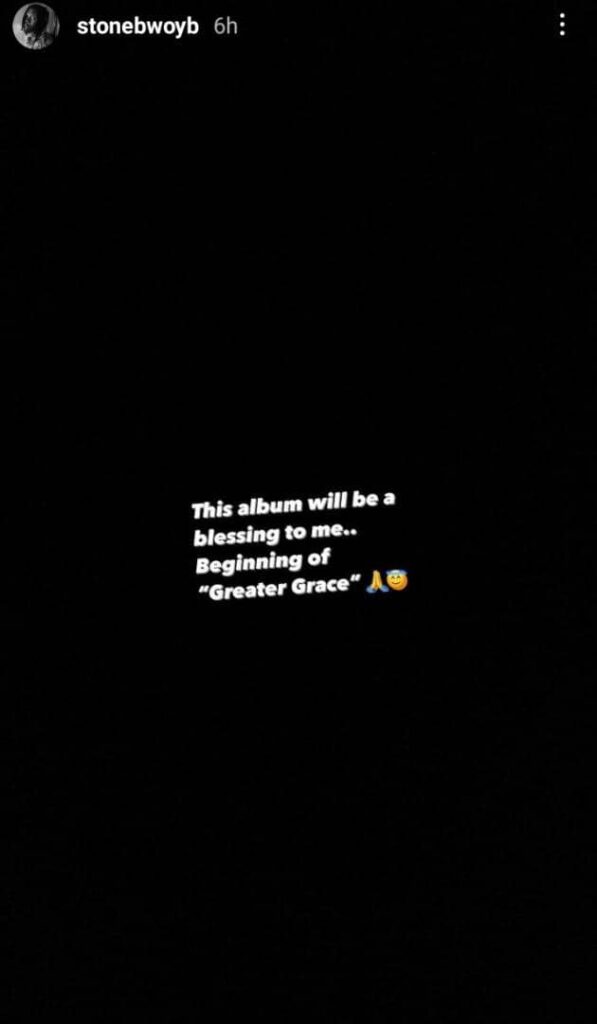