Astute Ghanaian television presenter and journalist, Nana Aba Anamoah has labeled her colleague Bridget Otoo a clown after she came up with her own definition of the acronym for Twitter.

According to Bridget Otoo, the T in Twitter stands for Talia, W for Ewe, I for Eyedrop, T for Trotro, T for Twofi, E for Enam and R is for War.

Her post caused massive reactions from netizens prompting her bestie from GHOne, Nana Aba Anamoah to describe her as a clown. 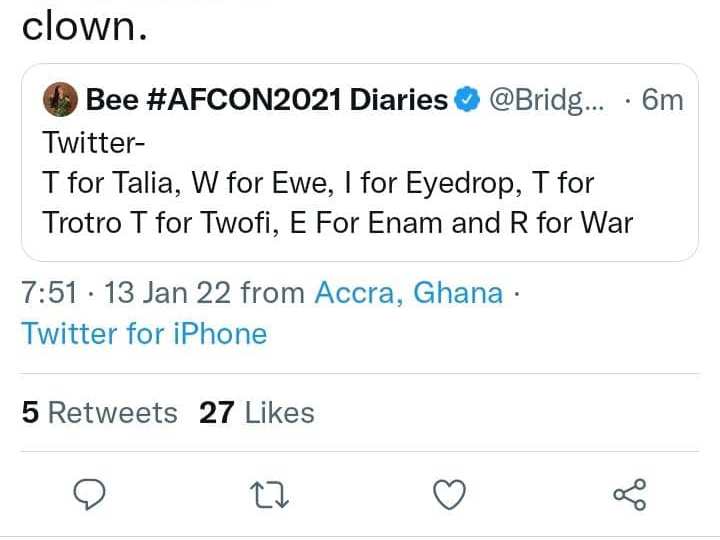