John Dumelo’s wife Gifty posed a question asking if it’s fair or morally wrong for a married woman to decide to get pregnant with another man after her husband gets another woman pregnant just as the husband did.

John Dumelo took it on a lighter note even though it’s a very sensitive question that has been bothering most women asking her when he can start cheating on her and get another woman pregnant to bring him a love child.

Mrs. Gifty Dumelo replied to her husband’s question by writing ‘ah byee’ which insinuates that she’s either not happy with the question or she’s short of words and doesn’t know what to tell him since the topic is a very sensitive one. 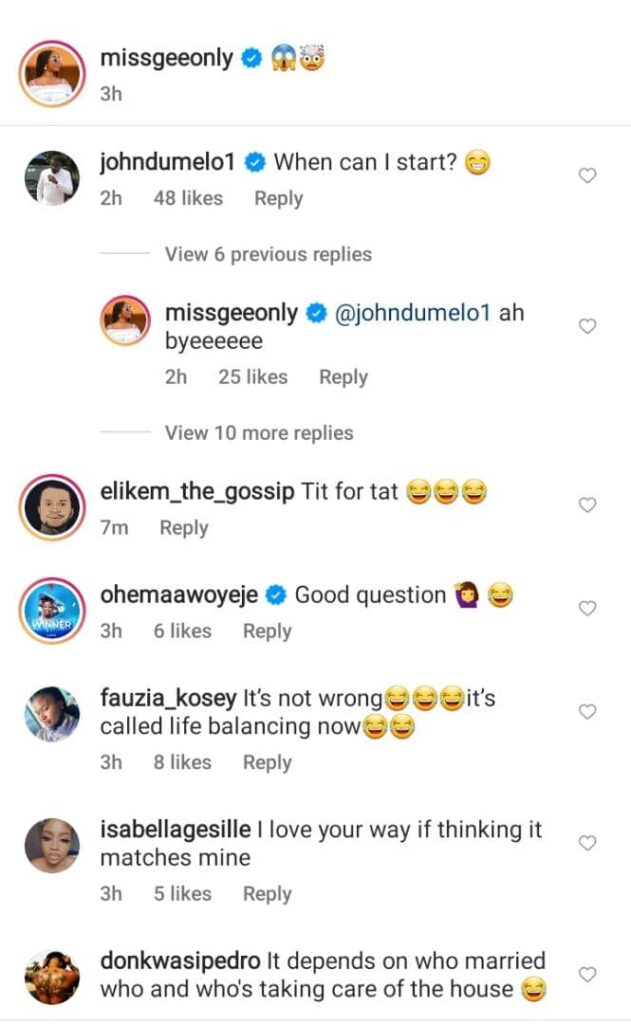