“I’M SCARED FOR MY LIFE” – Princess Shyngle Cries Out, Shares Death Threats Her Ex-husband Allegedly Sent To Her

Gambian-born Ghanain actress, Princess Shyngle has has taken to social media to raise alarm as she cries out for her help after allegedly receiving death threats from her estranged husband, Bala Gaye.

You would recall that Princess Shyngle announced her marriage to Bala Gaye in January, but their marriage could not hold and they parted ways three months after they supposed wedding.

In a recent update by her on her social media pages, Princess Shyngle claimed that she has been receiving messages from her ex threatening to end her life.

She also allegedly shared messages and voice notes from him. 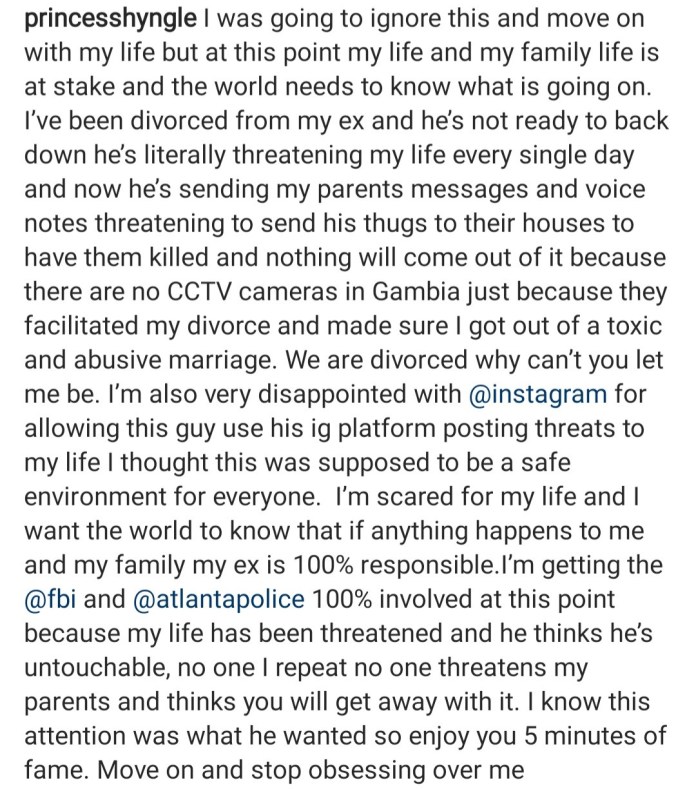 Previous TAKE MORE BOYFRIENDS BEFORE GETTING MARRIED – Grandma To Young Ladies
Next REV. OBOFOUR ENSTOOLED AS CHIEF IN ACCRA AS ‘NII ADOTEY GYATA 1’