Sensational Ghanaian singer, Gyakie has opened up on her relationship and love life on social media.

Gyakie who rose to fame after her song ‘Forever’ became a hit song and received international recognition and patronage disclosed that being relationship is a hindrance to her success and progress in career.

She made this revelation after a fan asked her why she is still not dating despite her fame and glory and her reason hinged on the point that at this point in her life, all she wants to do is succeed thus, she does not have the room to open up for a romantic affair.

The final year student of Kwame Nkrumah University of Science and Technology stressed that she doesn’t want to destroy her future especially at the time of double tasking music and school. 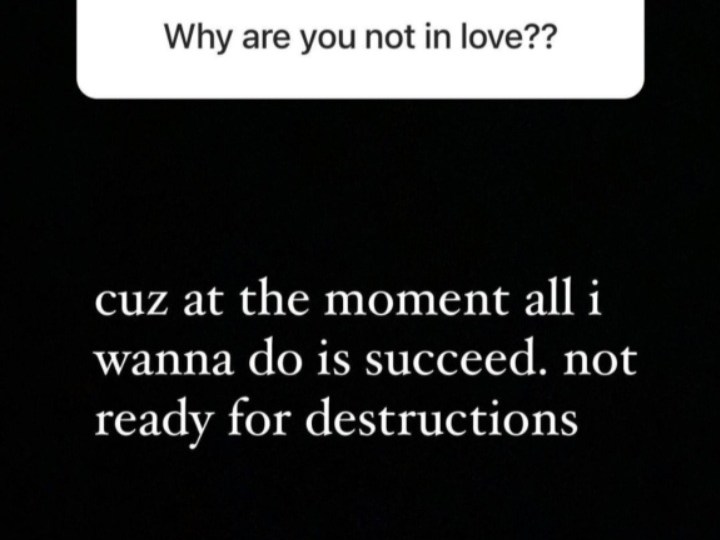