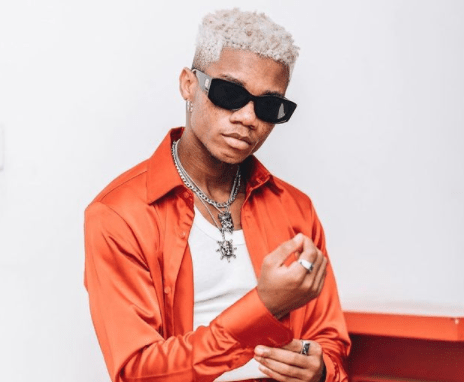 Afrobeat singer, KiDi has been crowned the 2022 Vodafone Ghana Music Awards Artiste of the Year after he lost it last year.

KiDi eyed the most coveted award last year but it eluded him in the end when Gospel musician Diana Hamilton picked up that award.

The Lynx Entertainment signed artist won five awards on the night of Ghana’s biggest music event in the calendar year.

He won the Best Reggae/Dancehall song, Album/EP of the Year, Afrobeats/Afropop Artist, Vodafone Most Popular Song, and Artist of the Year.

He has now been crowned the Artiste of the Year beating competition from Black Sherif, Sarkodie, Joe Mettle, Kuami Eugene, and King Promise