Outspoken politician and Member of Parliament for Ningo Prampram, Sam George and other six colleagues escaped a robbery attack on Wednesday night.

Sam George revealed via Facebook that the incident happened on the Sampa Mankranso highway in the Bono Region and fortunately for them, they made it out.

The MP didn’t disclose the identities of the other colleagues he was traveling with as he emphasized that over 40 commuters were also held at gunpoint.

According to Sam George, the experience was a total deliverance from God that they cannot repay and he called on the aithoties and all to deliberate on how they can deal with the issue of robbery in the country. 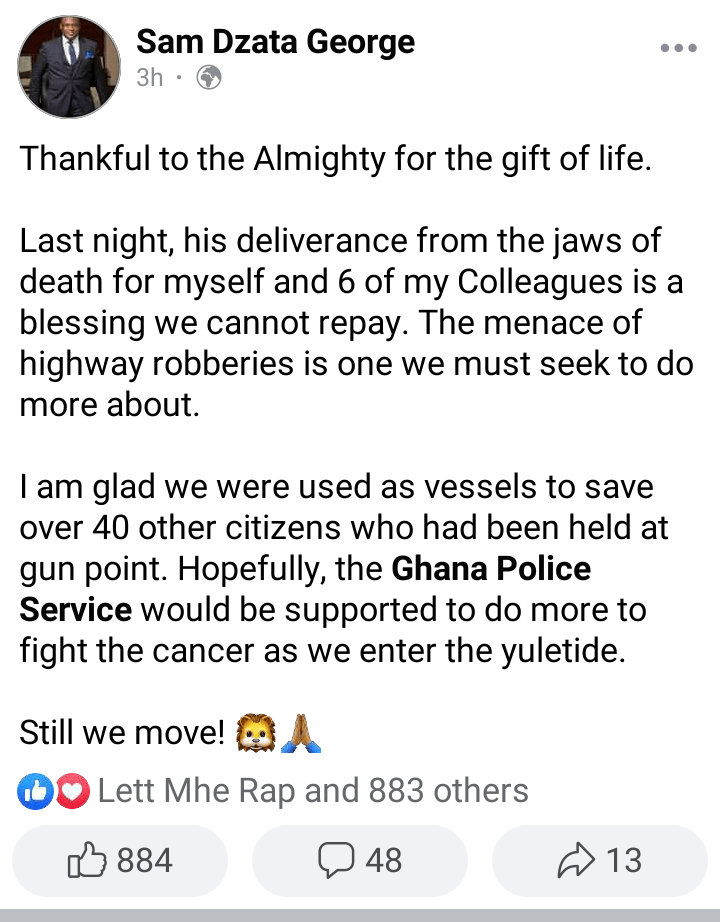