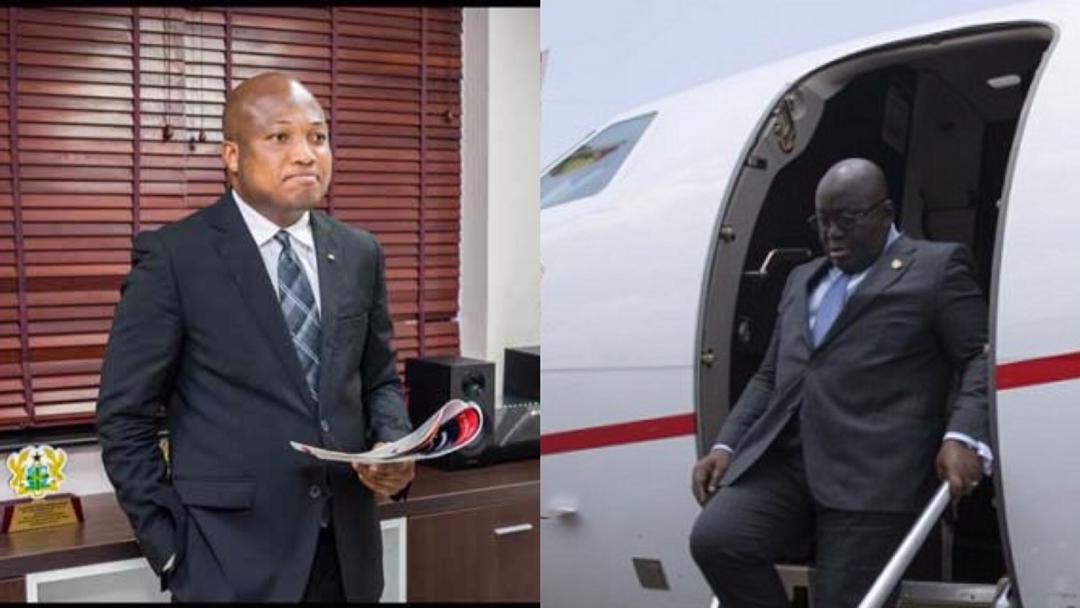 Member of Parliament for North Tongu, Samuel Okudzeto Ablakwa, has revealed that President Akufo-Addo has rented a luxurious private jet for his recent trip to Germany which costs $15,000 per hour.

He stated also that, the president is spending over GH¢3 Million on his trip to Germany and England, this is because of the private jet he rendered for.

After spending more than 2.4 million on a private jet in may, Ablakwa also revealed that the president rented another luxurious jet for his recent trip  which costed more than  15,00 per hour.

In a post on his Facebook page, Ablakwa stated that the total cost of the president’s recent trips is an amount of

It has become absolutely imperative to demand a national policy on presidential travels akin to what pertains in other jurisdictions. 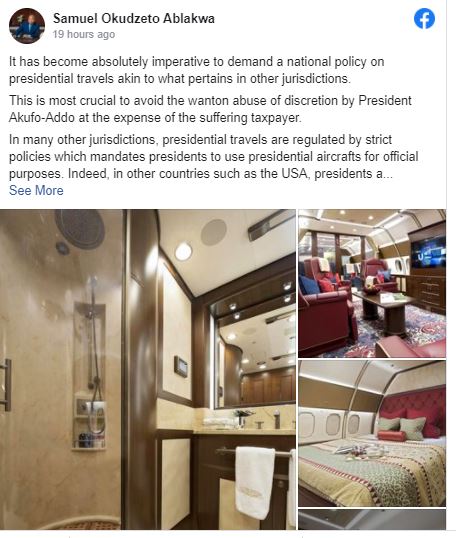