Comedian DKB has issued a stern warning to those affiliating with political parties in Ghana.

Setting the record straight once and for all, DKB noted that he is apolitical therefore no one should align him with any political party.

He noted that he did dumsor vigil during the NDC era because of the issues at hand him and he also joined the fix the country campaign in this NPP era because he wants the country fixed. 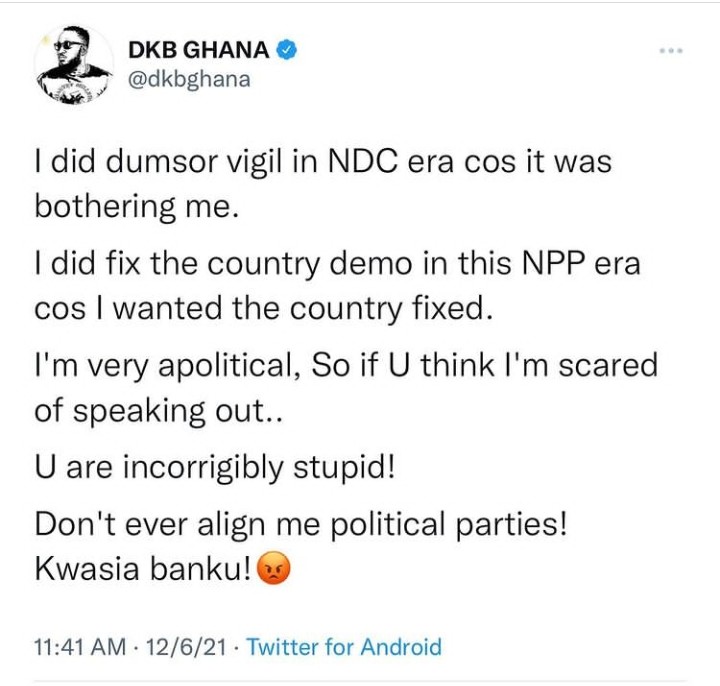 Previous COURT ISSUES BENCH WARRANT FOR THE ARREST OF SINGER, FANTANA’S MOTHER
Next YOU DON’T NEED A SENSIBLE SONG TO BE NOMINATED FOR THE GRAMMYS – Tulenkey