Shatta Wale has stated that the Musicians Union of Ghana (MUSIGA) and the Ghana Music Rights Organization (GHAMRO) both require a president in the mold of Russian President Vladimir Putin to function effectively.

This was made clear in a recent message he published on his own social media account on the widely used social media network, Facebook, which he shared with his followers.

Following the announcement that GHAMRO would pay him GHC 30,000 in royalties for all of the songs he has created over his career, he took to social media to express his excitement.

Given the way that these two institutions have been working recently, he implied in his piece that someone like the Russian president is the only one who can make them operate properly again.

“I wish Putin was our musigha president and Ghamro head ???? 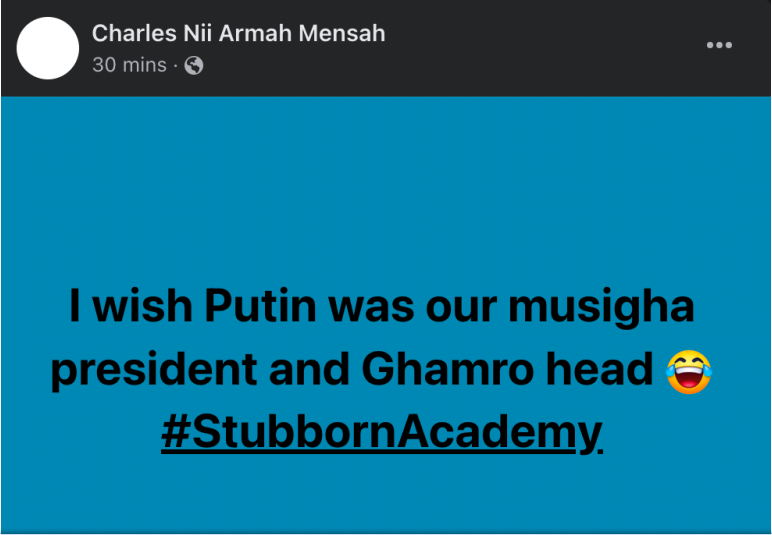 Previous MUSIC PRODUCER, EYOH SOUNDBOY DIES AFTER BATTLE WITH KIDNEY FAILURE
Next WHEN THEY GET 1 OR 2 HIT SONGS, THEIR HUMILITY VANISHES – Captain Planet To Upcoming Artistes