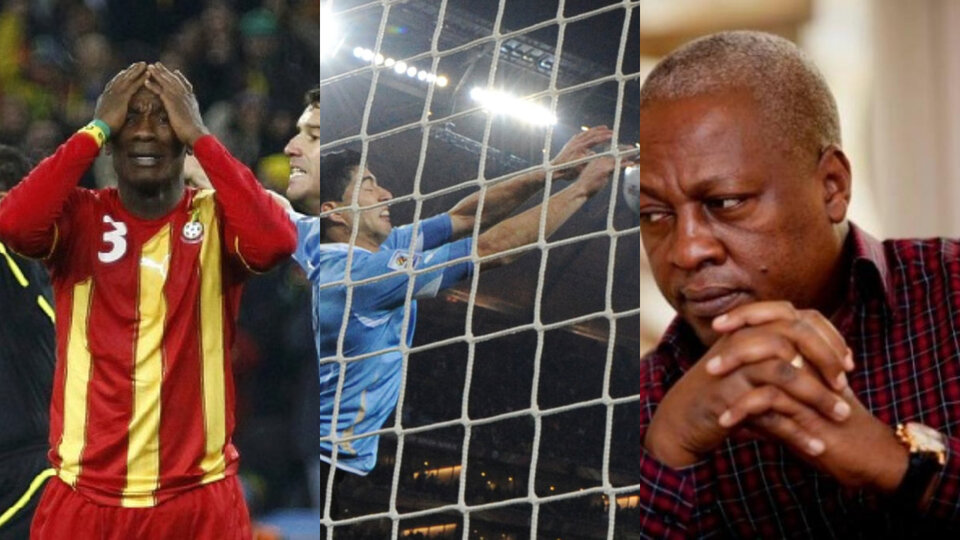 According to Pulse Ghana, former President John Dramani Mahama has confessed that he has not forgiven Luis Suarez for the handball incident that cost Ghana a spot in the 2010 World Cup semi-finals.

Mahama feels the Black Stars would have won the championship if it hadn’t been for Uruguay forward Luis Suarez’s unsporting incident, which shattered many Africans’ hearts.

When Asamoah Gyan and his crew paid him a visit to invite him to the launch of the veteran striker’s autobiography, “Legyandary,” the 2020 NDC flagbearer stated this.

“2010 was our chance, but you’re aware of Suarez’s actions.” We all know that legends miss penalties from time to time, “Mahama explained.

“I’ll never forgive Suarez for what he did, but we managed to put it behind us.”

It will be remembered that the Black Stars were on the verge of being the first African team to reach the World Cup quarterfinals before succumbing to Uruguay on penalties.

The fact that Ghana had a penalty in the last seconds of extra time when Suarez used his hand to block away Dominic Adiyiah’s goal-bound header added insult to injury.

Despite the fact that Suarez was sent off for his unsporting behavior and Ghana was granted a penalty, Asamoah Gyan missed the penalty kick.