I TURNED MYSELF IN, I WASN’T CAUGHT– Shatta Wale Clarifies After Arrest

Charles Nii Armah Mensah popularly known as Shatta Wale has turned himself in to the Police.

After the Police publicly declared him and one other person wanted, the suspect, Shatta Wale, turned himself in today Tuesday 19th October, 2021, at 8.59pm.

He has been arrested to assist the Police in investigations for his alleged involvement in the creation and circulation of information intended to cause fear and panic.

However, in a recent post he made on his Facebook, the Shatta Movement Empire boss said that he reported himself to the Police turned himself in so those making claims that the Police went to his hideout to arrest him should keep mute. 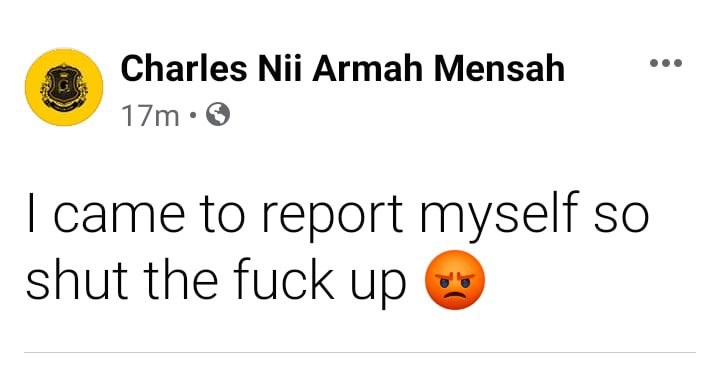