The Ghana Police Service has arrested Kwabena Bobie Ansah of Accra FM for the Publication of False News.

Kwabena was picked up by persons purported to be National Security operatives on Thursday night after his popular Citizen Show.

According to the Police report on their official Twitter page, Mr. Bobbie was arrested after refusing to honor an invite sent to him by the Police Service.

Mr. Kwabena Bobbie Ansah of Accra FM was arrested yesterday, February 10, 2022, by the Accra Regional Police Command in connection with an alleged case of publication of false news and offensive conduct.

His arrest became necessary after he turned down several invitations from the Police to him and others involved in the case to assist with the investigation. The Accra Regional Police Command will issue a full statement on the matter in due course. 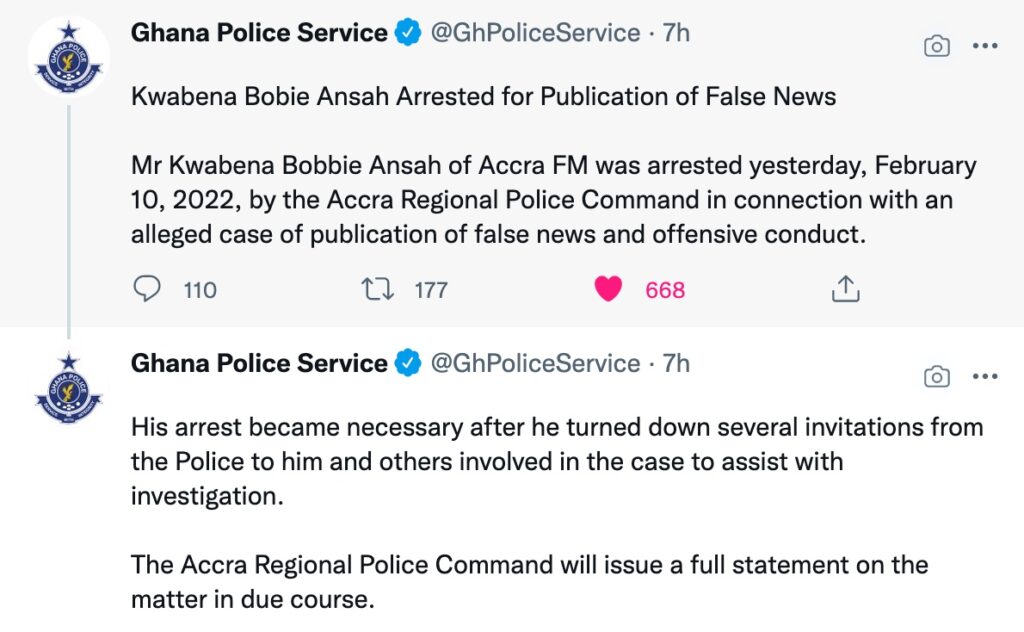 Previous IF YOU DON’T SLAY, SOMEONE WILL SNATCHED YOUR HUSBAND WITH ALL YOUR SPIRITUALITY – Diana Asamoah Advises Christian Women
Next TEARS FLOW AS ACTRESS, GLORIA SARFO LOSES MUM