Ghanaian Actress and, producer,  Yvonne Nelson has cautioned individuals about the attitude of others saying some people are only there for you because you’re winning and not for other reasons.

There are some people in the lives of every individual to pledge their supports and allegiance to them but then turn around to do unimaginable things when what they expected to get in return isn’t achieved.

Yvonne Nelson throwing more light about that made us understand that some people are only there for you because you’re winning and the moment that wins is no more, you won’t find them again.

Most tweeps reacting to that agreed with Yvonne Nelson on this as some have experienced how some people were there for them because they were winning and things turned around when they started sinking a little. 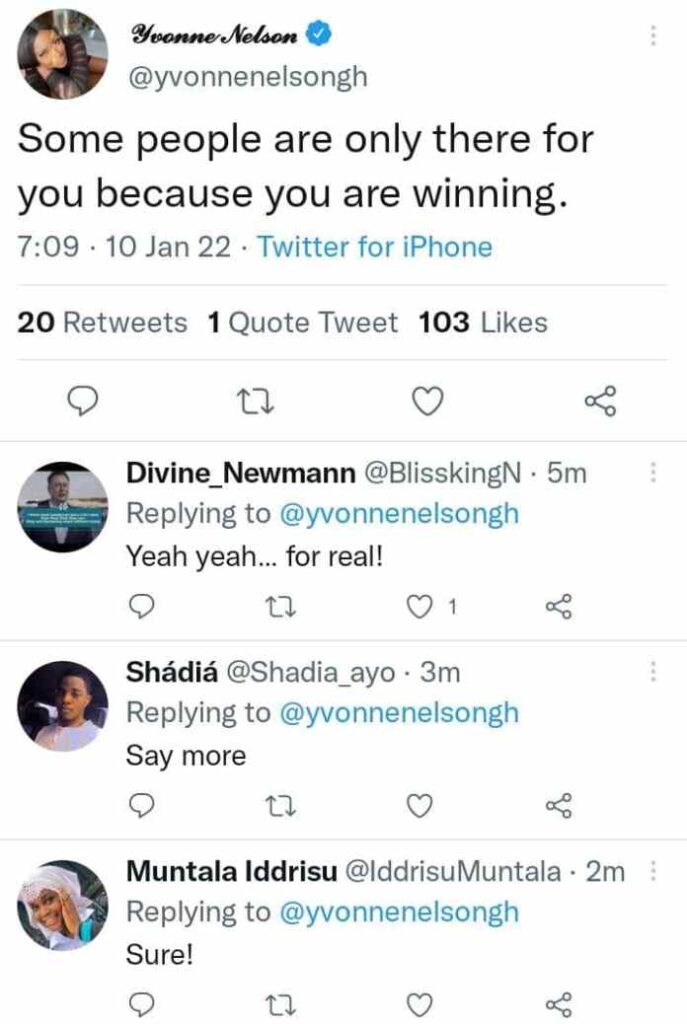