The feud between Shatta Wale and Burna boy which is currently ongoing has given fans of both artists sleepless nights and their fight was triggered after Shatta Wale lambasted Nigerians for not supporting Ghanaian musicians.

According to Shatta Wale, Nigerians don’t reciprocate the love Ghanaians have shown them especially with the music.

His utterances did not augur well with Burna Boy and he came also threw subtle shots at Shatta Wale.

Well, Nana Aba Anamoah has decided to throw her weight behind Shatta Wale. According to her in a tweet, Shatta Wale is saying what his colleagues are too scared to spit out and she pledged to stand beside Shatta Wale no matter the weather. 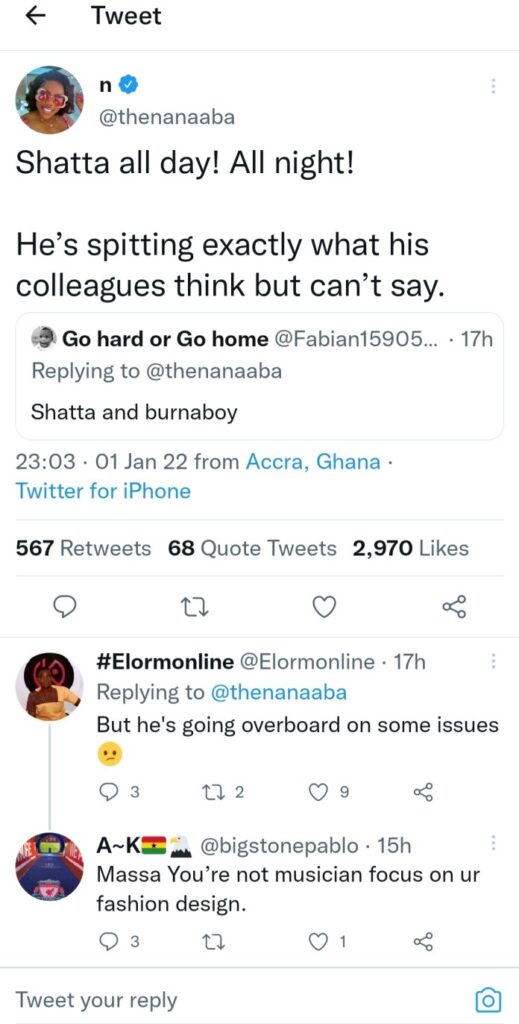