YOUR QUESTIONS TO OHEMARTIN WERE FULL OF IGNORANCE AND NKRASISEM – Fashion Critic, Charlie Dior Blasts Delay

According to Dior, Delay’s interview was wildly below the belt and full of ignorant questions.

He blasted Delay for showing herself as a villager with the questions she was asking.

Delay grilled her over her choice to transition from man to woman and asked why she wanted to change God’s plan for her.

According to Delay, God doesn’t make mistakes hence she doesn’t understand why as a male at birth, she’s now turned into a female.

Charlie Dior took massive offense at that line of questioning and jumped on Dela and in his view, Delay was also created with her own eyelashes but decided to shave them off and draw new ones on.

He wondered how she can justify that if she claims God does not make mistakes!

“God created your eyebrows, you shaved it off and painted another one on, did God make a mistake? I mean come on, the whole interview and her line of questions was disgusting and came off really judgemental.

“It’s giving ignorance and a little nkrasisem,” he blasted. 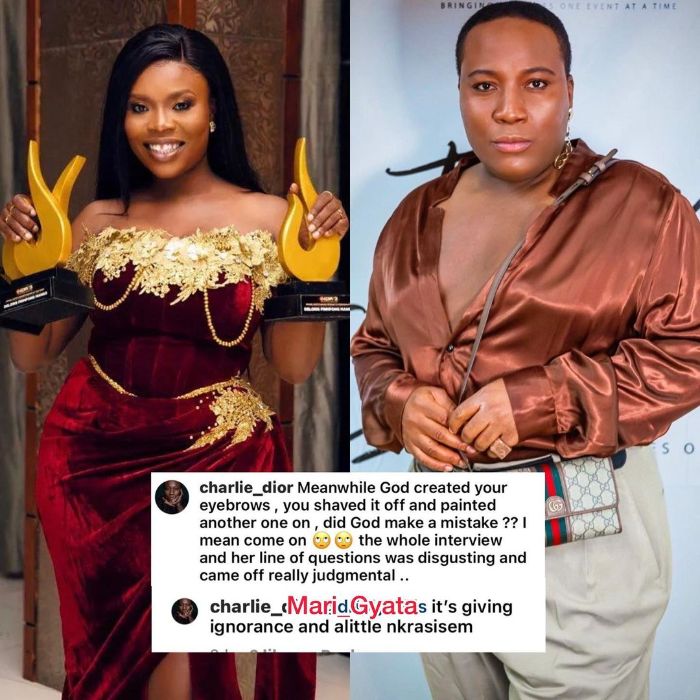 Previous MEET OPAMBOUR’S BEAUTIFUL DAUGHTER CASSANDRA WHO IS A DOCTOR AND A TIKTOK QUEEN
Next FIND SHELTER AS WE ENGAGE AUTHORITIES OVER YOUR EVACUATION – Foreign Minister, To Ghanaians Living In Ukraine