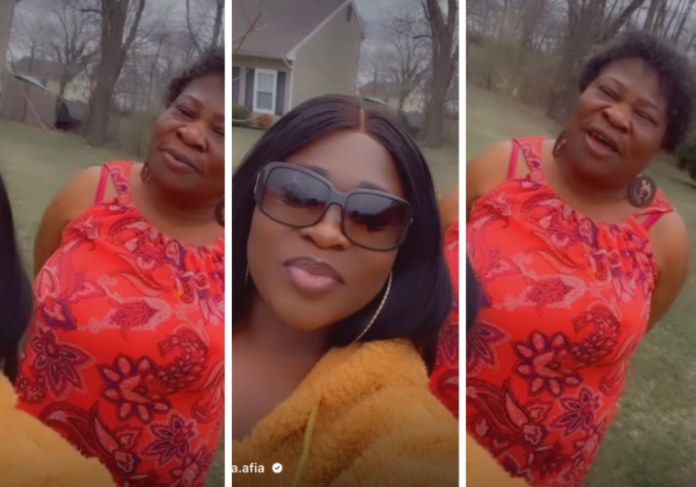 Songstress Sister Afia has caused a huge stir on social media after she branded her mother as a prostitute, in the truest sense of the word.

She blurted this out as a joke while spending quality time with her look-alike mother probably in America but the enormity of the statement could come back to haunt her.

The two were spotted sharing mom and daughter goal moments in the video the singer posted on her IG page. She introduced the woman to her fans as her mother and it was obvious from the incredible features they share together.

Just then, Sister Afia whose latest track Asuoden is gradually becoming prominent revealed that her mother was a prostitute when she was young. The old woman nearly slapped her but she swiftly avoided her.