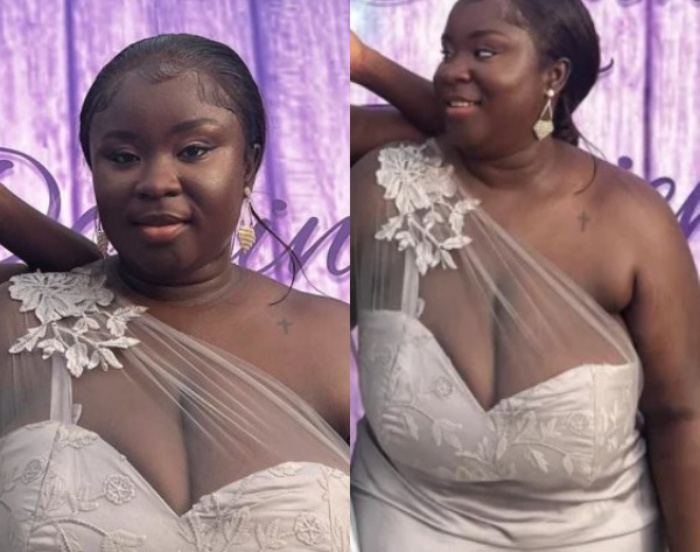 Kumawood actress Clara Benson known popularly as Maame Serwaa has reacted for being heavily body shamed after pictures and videos of her at wedding ceremony popped up on the internet.

The actress played the role of a bridesmaid at the wedding of her friend. In the videos and photos shared online, Maame Serwaa was seen dressed beautifully in her wedding attire walking to the wedding ground with the groom’s best man.

Maame Serwaa has caught the attention of many after a photo of hers with a friend popped up online. She was seen in a silver-like dress where her huge melons were halfway exposed in the dress.

Some social media users mocked her over her huge melons and her choice of dress for the wedding. Some also chastised her over her wardrobe malfunction and also wondered what the actress has been feeding on expressing shock over her sudden body change.

The beautiful actress has reacted with a rather tasteful picture and caption for her critics.

“People talking behind your back are behind you for a reason”