Michy, the former girlfriend of popular Ghanaian entertainer, Shatta Wale has broken silence after she was accused of sleeping with Menzgold boss, Nana Appiah Mensah whilst she was still with Shatta Wale.

As reported earlier, Shatta Wale’s cousin, Magluv made a series of wild allegations against Michy and one of them was that Nana Appiah Mensah aka Nam1 sponsored Michy to do a breast enlargement surgery.

Michy has come out on social media to make a post for the first time since the allegations were leveled against her in her post she made a fun out of the saga as she threw shades at Magluv and furthered to run an advert for a product. 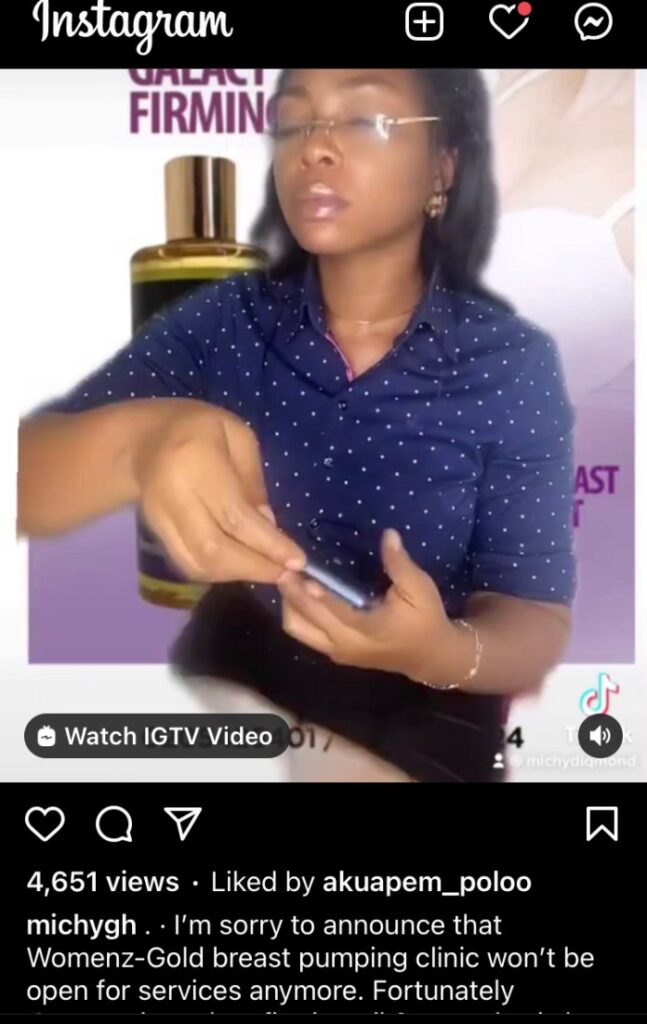 Previous ‘IS THIS A MOVIE?’- Gospel Musician, Cweci Oteng Reacts To Moesha’s Born Again Video
Next THERE MUST BE SOMETHING POLITICIANS DRINK OR EAT WHEN THEY GET INTO POWER, THEIR INSENSITIVITY LEVELS ARE RIDICULOUSLY ALARMING – Nana Aba Anamoah