Actress and entrepreneur, Fella Makafui does not subscribe to the mentality most men have that when a lady dumps a man because he is poor, she will regret it later or suffer in life.

According to Fella Makafui in a latest post that has sparked a debate on social media, when a lady ends her relationship with a broke guy, she will not regret it or suffer as she is going to get her type and marry a man who can really take care of her and be happy.

The mother of one bemoaned the influence of Nigerian movies on people, hence she advised them to stop watching Nollywood movies where always the lady regrets dumping her broke boyfriend. 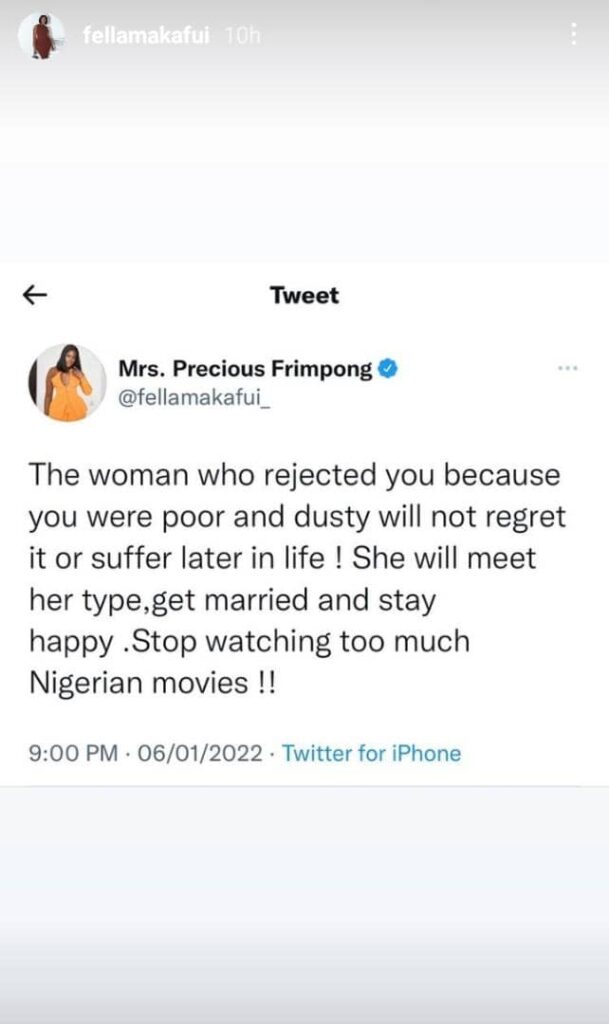