LET’S MAKE IT HAPPEN – Kuami Eugene Replies France Ambassador, Anne Sophie After She Complained Of Not Meeting Him

VGMA ‘Artist of the Year’ award winner, Kuami Eugene has responded to the complaints of the French Ambassador to Ghana, Her Excellency Anne Sophie asking they make their meeting happen.

Her Excellency Anne Sophie using the strategy of Chance The Rapper complained that she has done everything in Ghana except meet Kuami Eugene and it has really worked for her as it did for the American rapper.

Kuami Eugene replied to her tweet saying it will be an honor to meet her asking they make it happen which we believe will be very soon as it’s going to be a great opportunity for him if he utilizes their meeting very well.

Some netizens are just happy but some are just so savage that they decided to remind Kuami Eugene that he doesn’t do good songs hence asking him to use that chance to sing a better song because ‘Wele S3b3 Kontomire’ isn’t used to meet an ambassador of France. 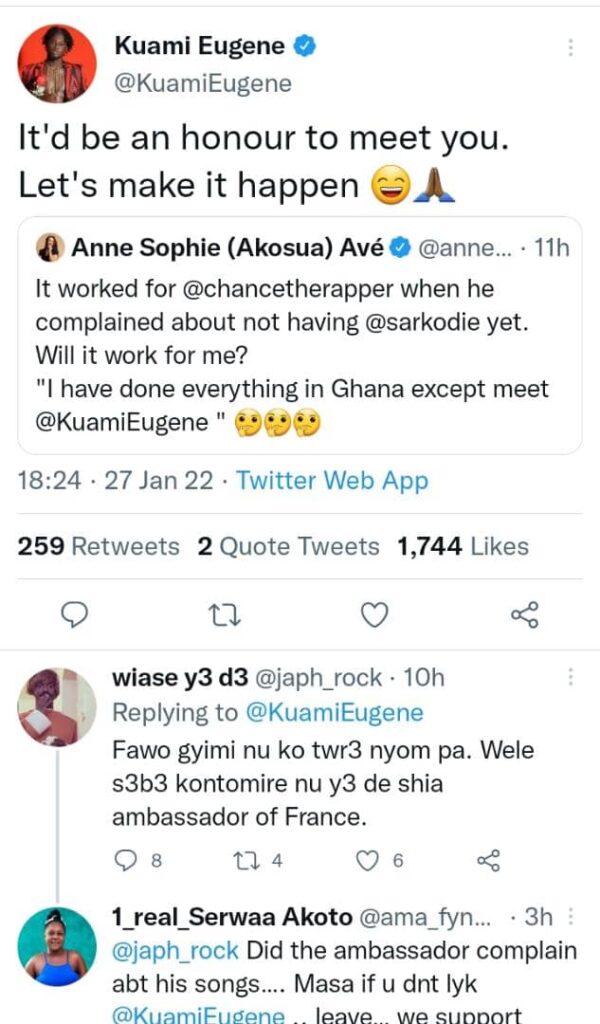 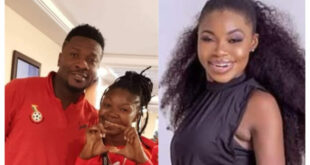