I WILL CHOOSE YOU OVER MY DESTINY’ – Man Tells Berla Mundi

A Ghanaian man has expressed his love for media personality Berla Mundi on social media and hints he will go to hell and back just to win her love.

The man known as Samuel Amaning certainly wants to sleep and wake up with Berla Mundi by his side. Samuel Amaning hinted that he is ready to give the purpose for his existence in this world up for a woman as he claimed that will choose her over his destiny.

The obsessed male fan indicated that the GhOne TV presenter is the dream of every man and he is blessed to have her.

Berla Mundi surprised with what the guy said shouted ‘eeeiii’ as she seems to be out of words and doesn’t know what to say to the guy for claiming he would choose her over his destiny because she’s the dream woman for every man. 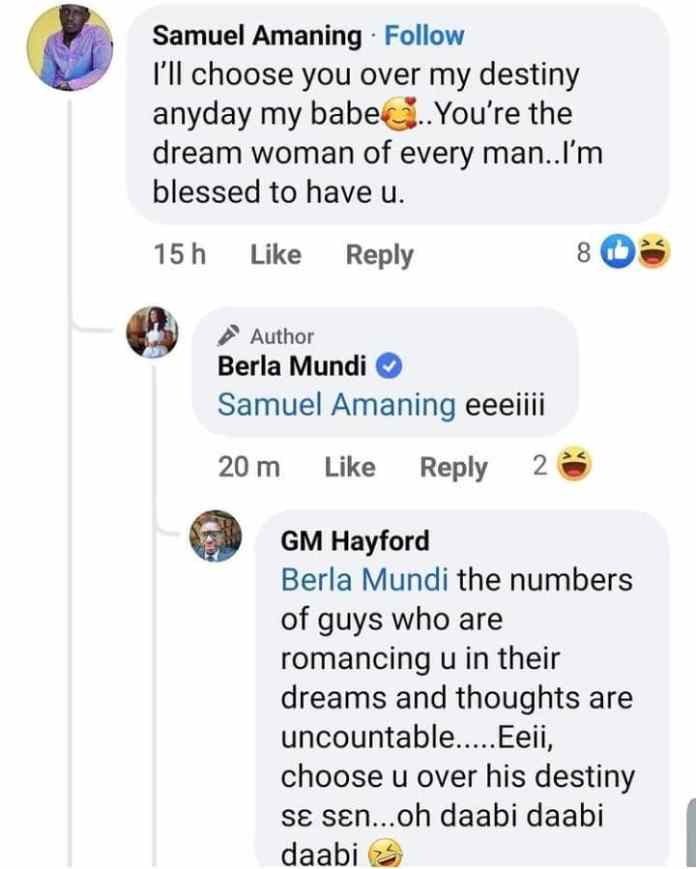