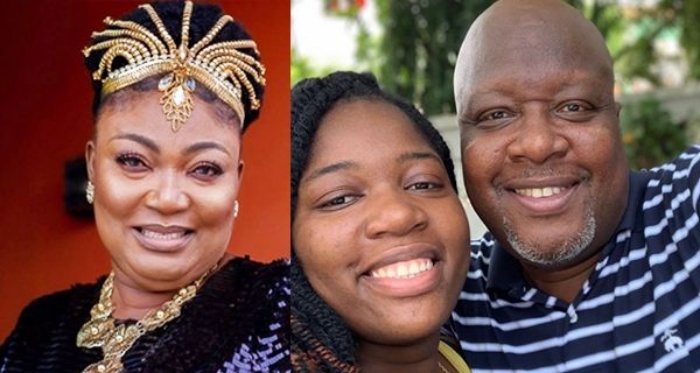 Fafa Kayi, the daughter of media personality, Kwami Sefa Kayi, and veteran actress, Irene Opare has revealed that she wished her parents were married.

In an interview with Nkonkonsa.com, Fafa disclosed that when she was young, she wished her mom and dad lived together and even asked them why they were not.

“Oh yes, when I was younger I did because at that time, I didn’t really understand life and dating and all that stuff. I used to ask them ‘why are you people not together?’. But now that I’m old I’ve seen that it makes sense,” she said.

When asked if she has a boyfriend Fafa Kayi replied no.

According her not everybody is dating so she happened to be part of the single ones.  Fafa indicated that she doesn’t have a dream man but the best thing is to be connected to somebody she can vibe with.

She explained that if one has too many expectations of what they wanted in a person, it would be hard to get that person. She cited an example that if you expect to get a taller guy, he might not come your way but the good thing is to be with someone who understands you.