Ghanaian comedian and actor, Derick Kobina Bonney simply known as DKB has made a strong case for stakeholders in the comedy industry especially his colleague comedians in a new tweet.

Sighted on his Twitter page, DKB noted that politicians especially the New Patriotic Party (NPP) led by Akufo Addo, or National Democratic Congress (NDC), led by John Mahama will lose nothing if their government invest 5 million dollars to support the comedy industry.

According to DKB, most of Ghanaian comedians help to reduce the blood pressure and stress on citizens, however, he bemoaned that despite their significance to human life, they are rewarded with peanuts.

The talented content creator and event MC, lamented that comedians can’t be saving lives whilst their lives can’t be saved. 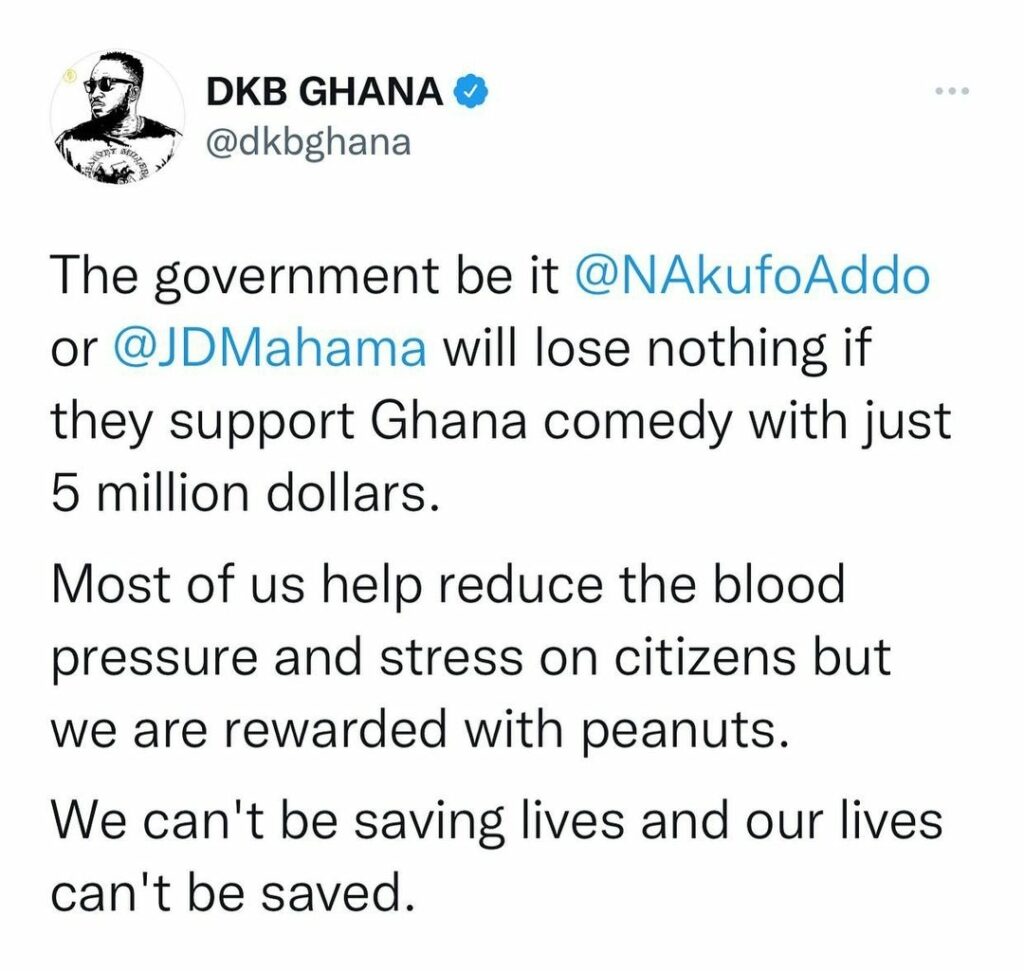