Ghanaian Reggae and Dancehall legend, Samini has mocked his colleague, Shatta Wale for faking his gun attack that has become the talk of social media in the last 24 hours.

It was alleged that Shatta Wale was shot by some unknown gunmen at East Legon on Monday and he later came out to state that it was a stunt to make a point following the fake prophecy made about him by a preacher.

Samini without mincing scolded Shatta Wale for relying on expensive jokes all the time to catch attention but this time around, even the new IGP has not taken lightly his new stunt and laughed at him for going into hiding despite calling himself a gangster.

“Chirman@shattawalegh go crack expensive joke but the current #igp is not laffin Grinning face with smiling eyes … now the matter chop hot and gangsters are on the run Accra is #burning .. ok I stop I stop Bandana ne gyimiiii di3 ooooo d333bida smh.” 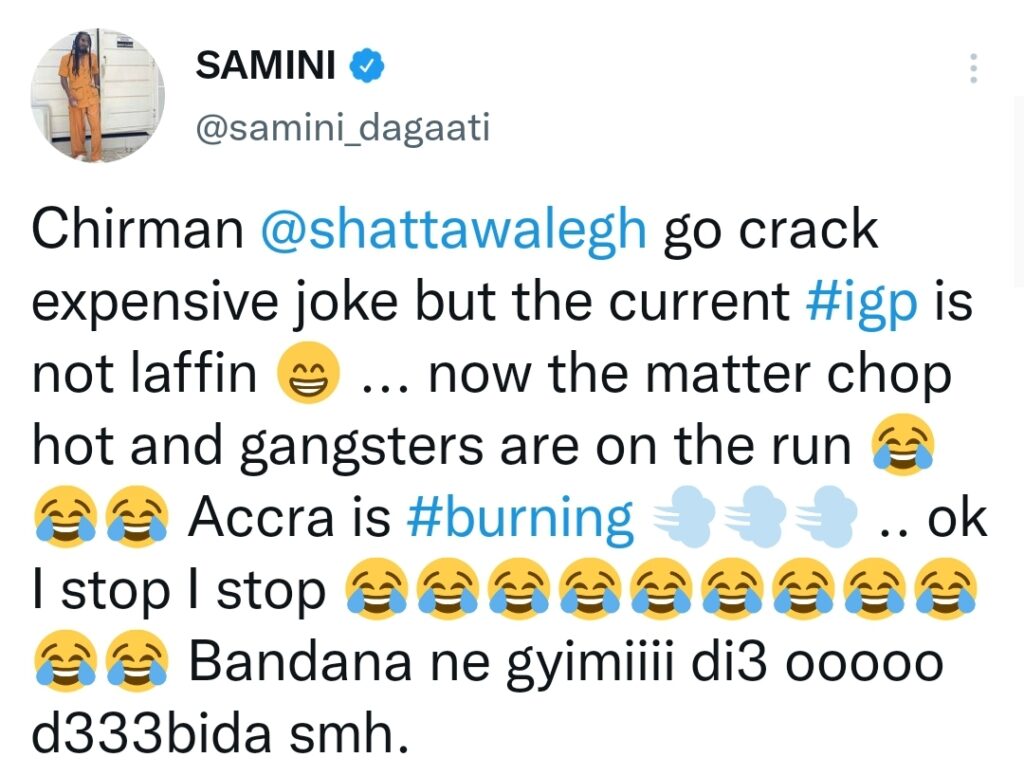