The police have announced the arrest of Nana Dope and Gangee in connection with the spreading of the false news about the supposed gunshot attack on Shatta Wale.

Nana Dope in several Whatspaa updates which were shared across social media platforms alleged that Shatta Wale had been shot and rushed to the hospital.

But the police in an update has said Nana Dope and one Gangee have been arrested for spreading what they describe as false news.

The Police have today, 19th October, 2021, arrested Kojo Owusu Koranteng, also known as Nana Dope and Eric Venator, alias Gangee, for allegedly spreading false information with the intention to cause fear and panic.

The arrest of the suspects is in response to the alleged circulation of false claims on the alleged gunshot attack on Shatta Wale.

Shatta Wale and one other person popularly referred to as ‘Deportee’ are currently being pursued for their possible involvement and knowledge of the circulation of false information with the intention to cause fear and panic.

No one will be spared if Police investigations point to their possible criminal culpability in this matter. 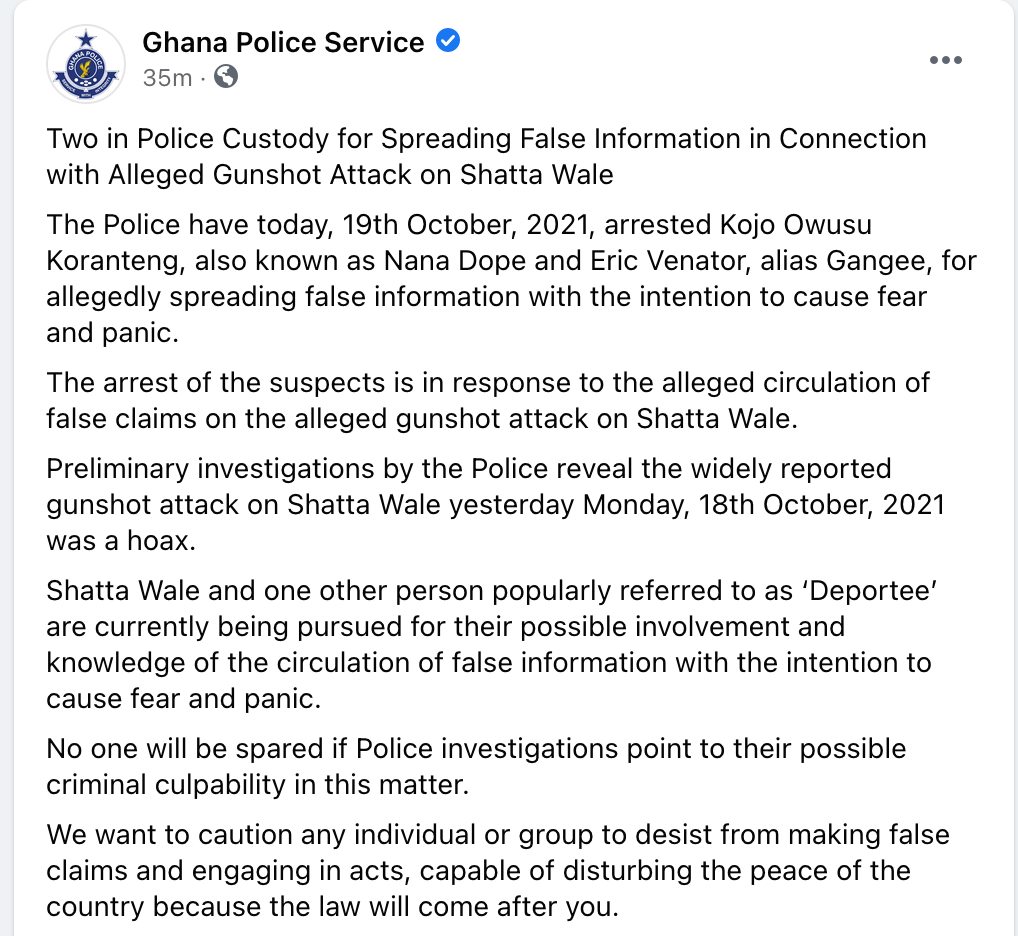 false claims and engaging in acts, capable of disturbing the peace of the country because the law will come after you.

Previous “I AM FED UP; THE SPIRITUAL, EMOTIONAL AND PHYSICAL BATTLES TOO MUCH ON ME” – Funny Face
Next BREAKING: SHATTA WALE ARRESTED BY GHANA POLICE