Reports reaching our news desk indicate that two Nigerians have been arrested by Ghana Police after they were caught allegedly in possession of fake tickets prior to the Ghana vs Nigeria match.

The Black Stars of Ghana and the Super Eagles of Nigeria are set to lock horns on the field today at the Baba Yara Sports Stadium in Accra for their first leg in their 2022 World Cup Qualifiers bid.

According to Sports Journalist, Saddick Adams, Ghana Police in Kumasi confirmed that two Nigerians, one male, and one female are currently in custody for possession of a large number of fake tickets.

The suspects were allegedly set out to sell the fake tickets to unsuspecting football fans in Kumasi to watch the match live from the stadium.

The identity of the suspects hasn’t been revealed yet and NKONKONSA.com will update you about developments to this story. 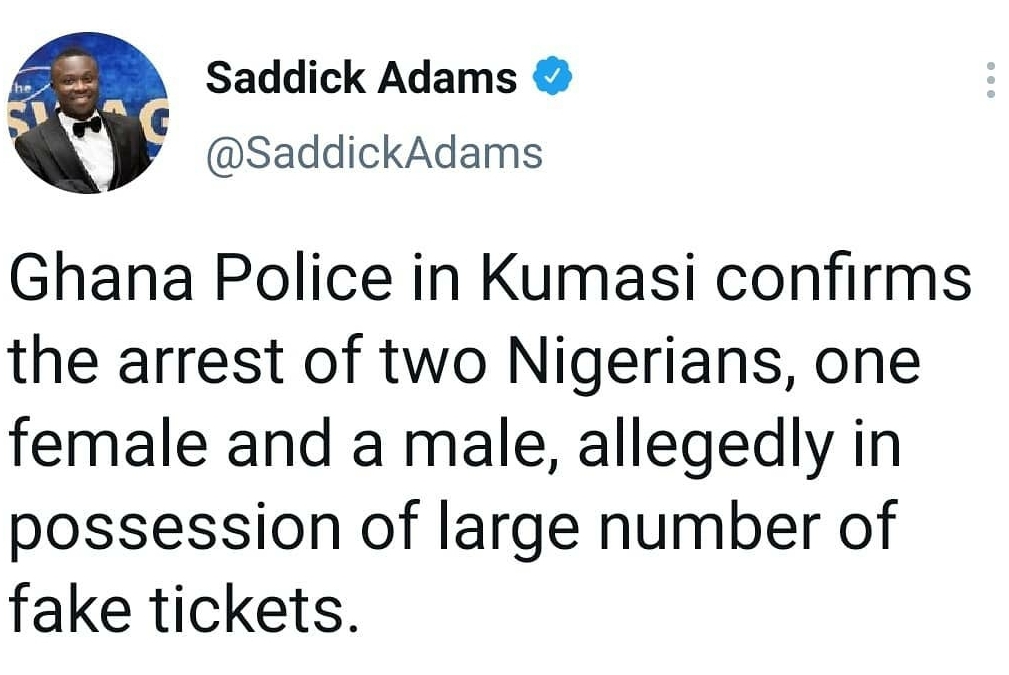