Topless photos of popular Ghanaian media personality, Serwaa Amihere has surfaced on social media and it has sparked mixed reactions from Ghanaians.

A faceless Snapchat user known as @Bombshellis2021 who has started his expose on Serwaa dropped alleged Whatsapp chat between the latter and her politician boyfriend and noted that Serwaa is in a serious relationship with 3 politicians but failed to mention their names.

The account alleged that Serwaa Amihere sent them to three Ghanaian politicians she’s allegedly having an affair with.

See the photos below for yourself 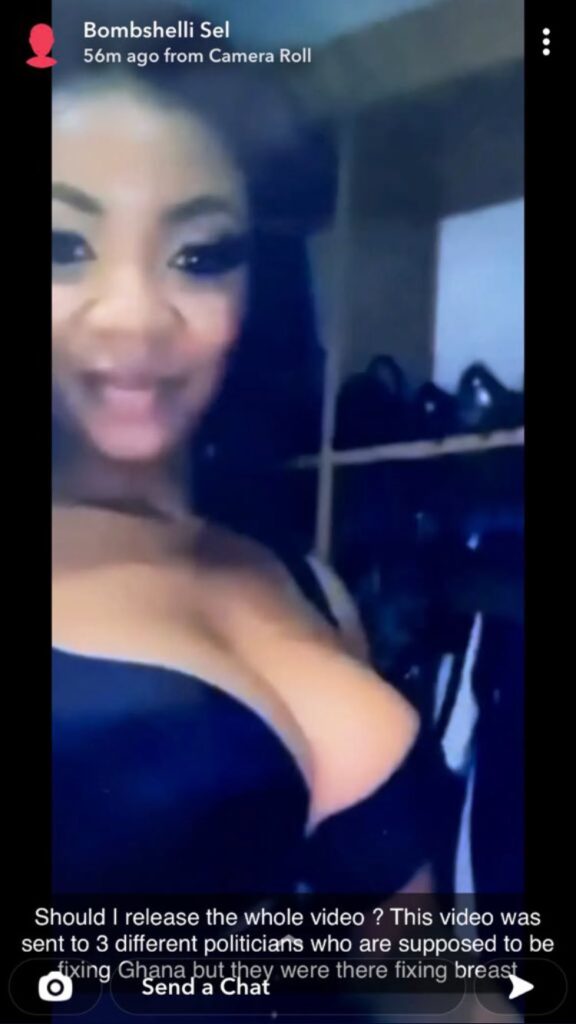 Previous JOE METTLE THANKS GOD AS HE MARKS 1ST MARRIAGE ANNIVERSARY WITH HIS WIFE, SALOMEY DZISA
Next “ALL THE ABUSE AND MALICIOUS LIES HAVE MADE ME STRONGER” – Serwaa Amihere Reacts To Allegations Of Sleeping With Politicians For Money