Highly opinionated lawmaker, Sam George has condemned an act by Dancehall musician, Shatta Wale locking lips with one of his crew members in a viral video.

In the video, Shatta Wale could be seen kissing and praising Kumordi at the same time.

This is because in a viral footage, Shatta Wale could be seen kissing and praising Kumordi at the same time.

“I love you mhen… you kept your word,” Shatta Wale stated as he put his neck chain round Kumordi’s neck.

“God is good. I received it,” Kumordi responded because the diamond neck chain was positioned round his neck. Afterwards, Shatta Wale planted a kiss on Kumordi mouth.

Reacting to this, Ningo-Prampram MP and champion of the Anti-LGBTQ Bill, Sam George has said Shatta Wale needed to explain the rationale behind his decision to kiss a male partner.

According to him, he believed the SM President might have been under the influence of something. 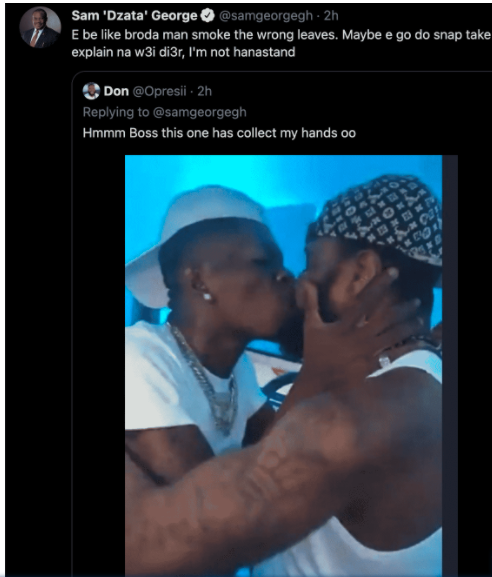