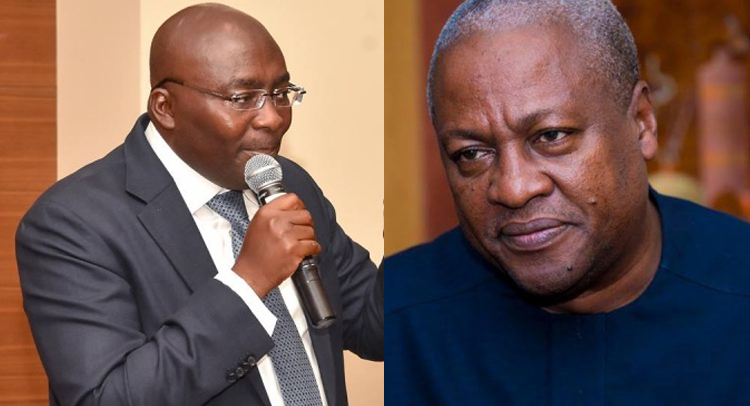 Former President John Mahama has mocked Vice President Mahamudu Bawumia over the outrageous decline in the value of the cedi.

Speaking at the launch of the TEIN [Tertiary Education Institution Network] App held at the University of Professional Studies, reported by blogger Ghgyper, Mr. Mahama said Ghana was currently facing hardship “on a scale never witnessed in the 30-year history of our Fourth Republic.”

“General incompetence, corruption, and waste of scarce resources have combined to make life simply unbearable for the generality of Ghanaians” he said.

Mr. Mahama further said the youth were suffering the most from broken promises from the government.

“The government has bungled the important task of securing the welfare and wellbeing of our young people through sound policies in education and ensuring the availability of employment opportunities,” he said.

The former president cited inflation, rising fuel prices, and the depreciation of the cedi as key challenges facing Ghanaians.

After Vice President Bawumia famously said the Akufo-Addo administration had arrested the depreciation of the cedi, Mr. Mahama contended that “the dollar has rather arrested him.”

“So we are looking for him. We can’t find him. I asked IGP if he had the key so that we could find where our Vice President was, and he said he doesn’t have it and doesn’t know his whereabouts,” Mr. Mahama said.