BE LIKE MAN FOR DO AND MARRY – Rapper D-Black

Popular Ghanaian rapper, music executive and entrepreneur, Desmond Blackmore, simply known as D-Black has hinted that he has started thinking of settling down.

D-Black has had a successful career as a musician and a record label owner with his company, Black Avenue Music and also as a businessman, with several companies including his night club, Club Onyx.

The ‘Enjoyment Minister’ seems to have had enough of enjoyment and now wants to become a husband officially.

Taking to his Instagram page, D-Black averred that perhaps the time for him to get married. 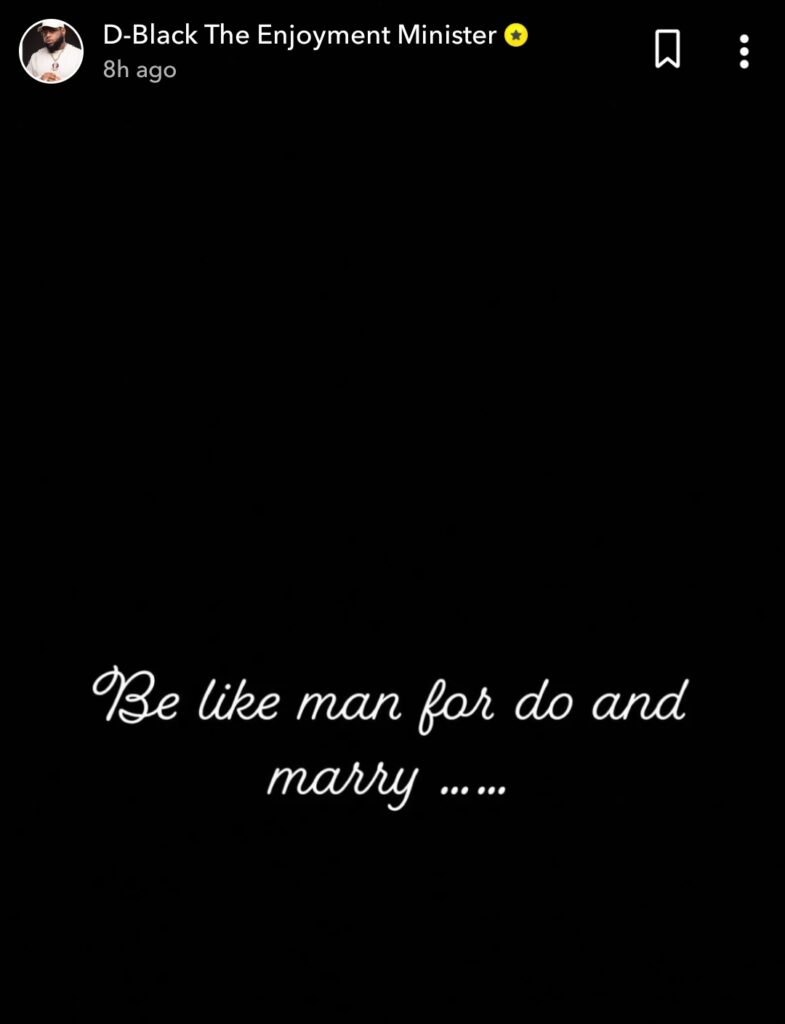