Outspoke opinion leader and businessman, A-Plus has unleashed his fiery persona on UK-based Ghanaian singer Fuse ODG for poking his nose into his cold war with songstress Feli Nuna.

A-Plus, whose personality is shrouded in dirty templates such as what have here earlier took Feli Nuna, who is signed under FUSE ODG’s record label to the cleaners on Live TV over her boyfriend’s reluctance in investing in her talent.

Shortly after his beef with the songstress who is desperately promoting her new single, Towel, Fuse emerged to reveal that he does not approve of what he did to Nuna.

@fuseodg your greatest achievement as a musician was to buy a house at East Legon and teach young boys and girls how to do drugs. I came to your house and all I saw were young boys and girls doing drugs. It was sad how young girls who wanted to be stars were being laid from room to room.

Some of these girls looked underage. Do you know why police used to come around there? I felt sad for the young people, especially the girls. So you know what I did? Ask police commander Asare formerly of East Legon police station. I told him to keep an eagle ???? eye on you.

I see you on the same level with Jeffrey Epstein. An amateur R Kelly pretending to be supporting young girls? Bring yourself!! I’ll bite your cl!t*r!s hard!!! Cl*t? ????‍♂️ Abi you be p**sy!!!” 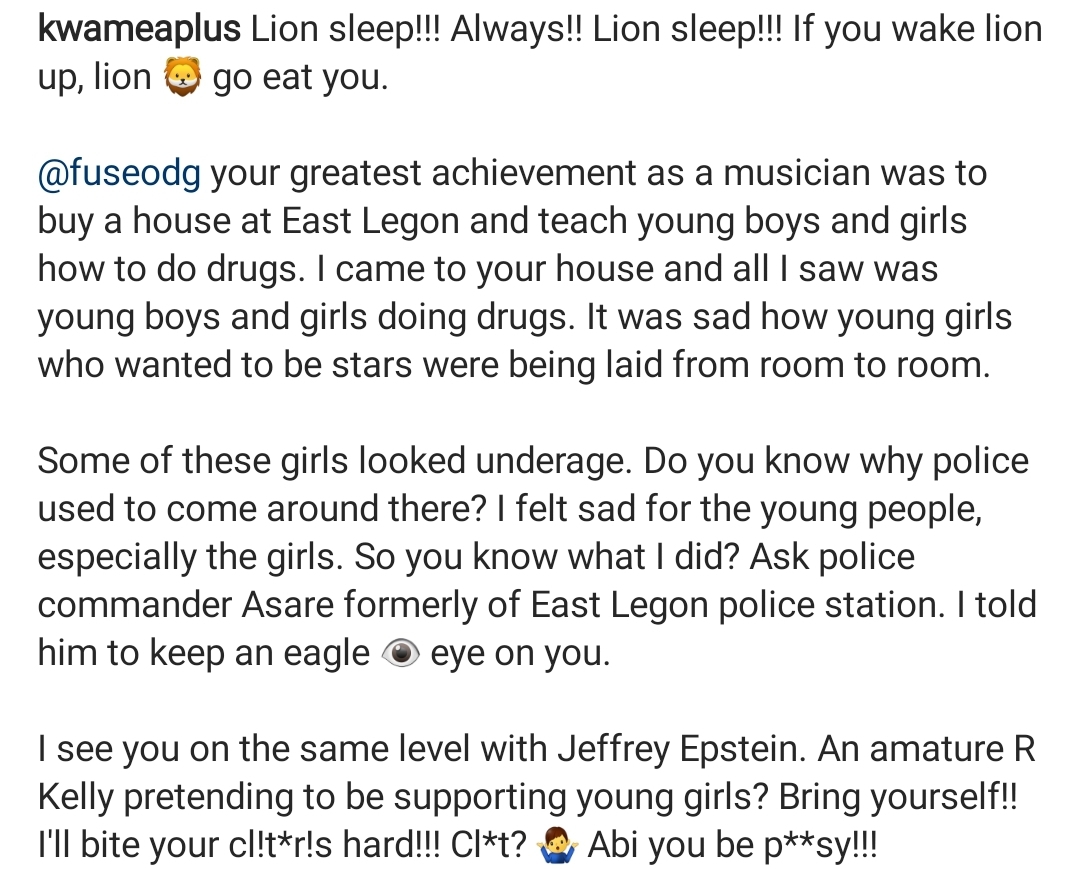 Previous “RESPECT ME, I’M NOT YOUR MATE, I’M YOUR GOD” – KK Fosu Tell Kofi Nti [Video]
Next GOSPEL ARTISTS I HAVE HELPED HAVE BEEN UNGRATEFUL TO ME – Sonnie Badu