SARKODIE WILL BE SHOT DEAD, HIS WIFE, TRACY WILL COMMIT SUICIDE – Ibrah One Claims

Ibrah One is pulling his antics on social media once again while subtly drawing attention to the foolery that shroud Christianity and the fake prophecies propagated by the so-called pastors.

In a new post on Snapchat, the Ghanaian socialite and self-styled millionaire said the revered rapper will be gunned down very soon in compliance with his prophecy which he issued six months ago.

He added that the death of Sarkodie will gravely affect his wife Tracy who will end up committing suicide.

He posted: “MY 6 MONTHS AGO DEATH PROPHECY ON SARKODIE IS VERY CLOSE, HE WILL BE SHOT DEAD AND HIS WIFE TRACY SARKCESS WILL COMMIT SUICIDE AFTER THE DEATH, SHE COULDN’T HANDLE THE NEWS OF HER HUSBAND DEATH. #IBRAHONE

LET’S SEE IF HIS PRAYERS WILL SAVE HIM” 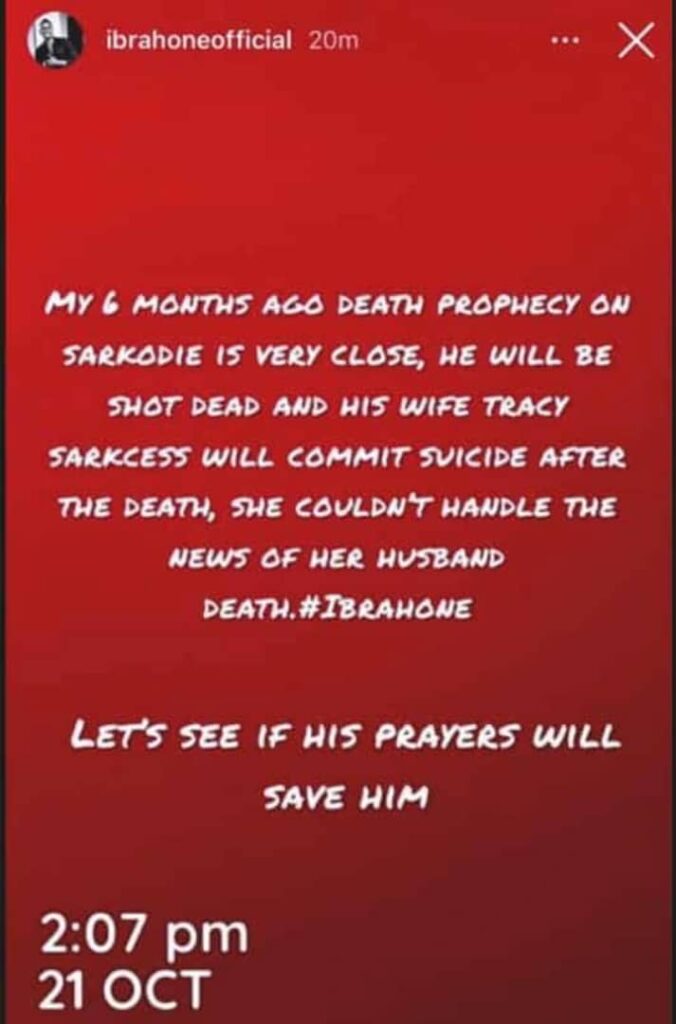