Kumasi-based rapper, Yaw Tog has given a funny reaction following the release of the WASSCE results.

Yaw Tog’s initial reaction suggests that the results weren’t favourable to him, however, we are yet to know exactly what he got after all.

The results are provisional one and some people are sharing some worse grades claiming that was the grade of Yaw Tog, reacting to one of them, he burst out in laughter, and that only shows the results circulating online to be his is fake. 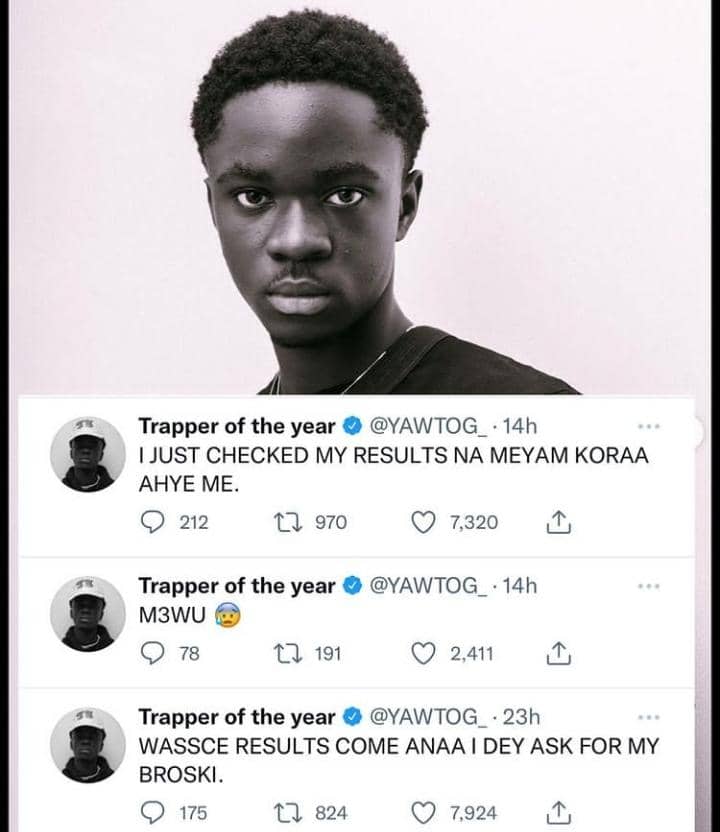 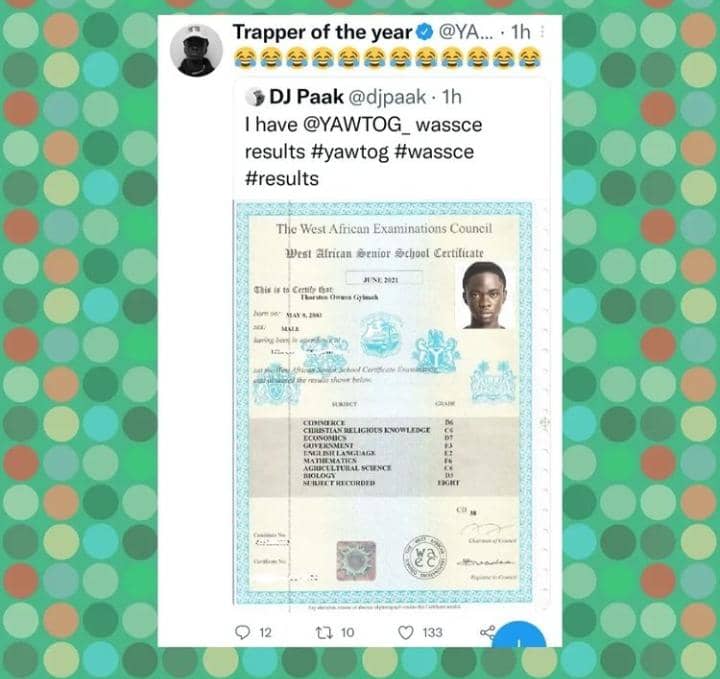