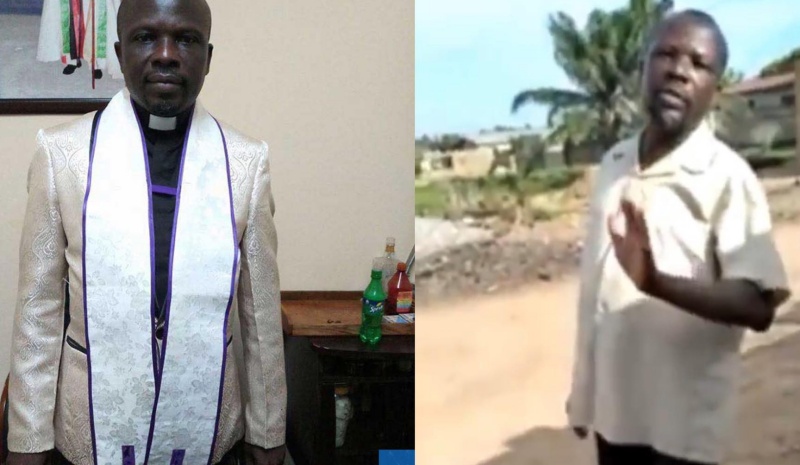 A video of Evangelist ”Apraku My Daughter” sudden transformation into a drunkard went viral on social media.

The preacher was spotted in the viral video walking around looking intoxicated.

Following the viral video, gospel singer Sonnie Badu today posted on his Instagram that he would want to offer help to the preacher.

”David saw Saul and said I will not touch God’s anointed. Where do we find this man? I don’t know him, but we will help him…@nana_amoakoadjei son @pritieyra daughter please find him…He is still Gods servant…hold on sir, help is on the way….“, Sonnie Badu wrote.

But according to Prophet Kumchacha, who was speaking from the home of the renowned man of God at Kasoa in Accra, the Evangelist Apraku went to sleep last night and failed to wake up from his slumber.

He said the family made attempts to wake him up today but later found out that the evangelist has passed away.

The eye witnesses suspect the preacher may have committed suicide but the actual cause of his death is unknown.