I HAD A SON NAMED CANAAN- OPRAH REVEALS 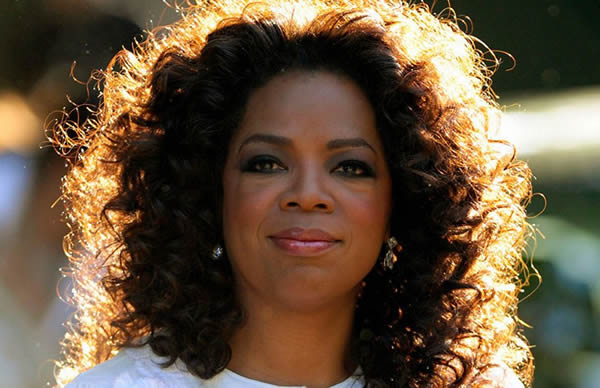 Talk show host Oprah Winfrey has opened up like never before about her painful past when speaking at the Rod Laver Arena in Melbourne, Australia.

For the event Oprah looked stunning in a figure-hugging shimmery salmon-pink dress.

At the event she talked for about two hours sharing the wisdom gathered from what Oprah described as “37,000 interviews conducted over a quarter-century hosting a daytime television show”.

During her show called ‘An evening with Oprah’, she revealed that “I did an interview with a reporter before I came to Australia and she said you should name the baby son who died. So I have named him, I had a little boy named Canaan. I did have a son. And I named him Canaan because Canaan means new land, new life.”

According to an Australian news outlet, Oprah Winfrey spoke movingly about the sexual abuse she suffered as a young girl, which resulted in the pregnancy.

She revealed “I was raped at 9 years old by a cousin, then again by another family member, and another family member. I took to my bed and cried for three days. I felt devastated. Wounded. Betrayed. How could this person do this to me? I imagined that every person on the street was going to point their finger at me and scream, ‘Pregnant at 14, you wicked girl … expelled!’ And I soon realized that having the secret out was liberating. What I learned for sure was that holding the shame was the greatest burden of all.”