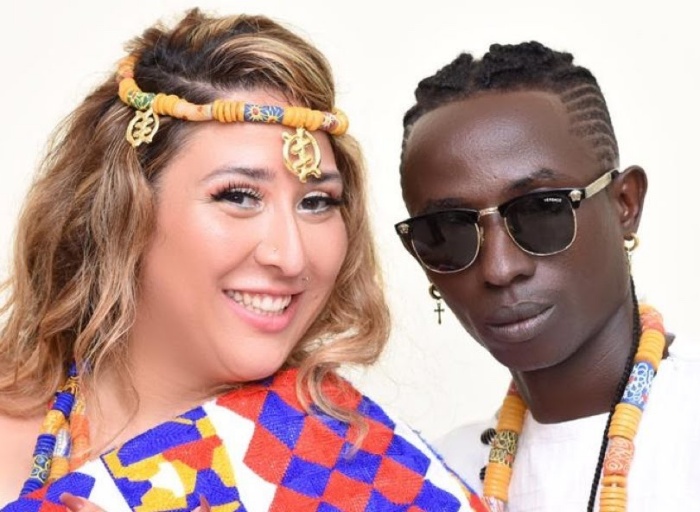 Following the marriage between hilarious Ghanaian rapper Justice Botchway better known as Patapaa and his German wife, Liha Miller, many are looking forward to the birth of half-caste children since it is an African and a white European are involved in this.

Speaking to Amansan Krakye in an interview on Kastle FM’s Drive Time show, Patapaa when asked whether he is expecting the birth of a half-caste babies, he kicked against that notion stating that his skills in the bedroom will ensure all his yet to be born babies are dark just like himself.

He responded “Aeeii with my dark complexion how can I give birth to half-caste children. Okay we will do it return back.”

“The way I’m dark if I give it to my white woman about 50 rounds I’m sure the kids will still be dark just like me,” he added.