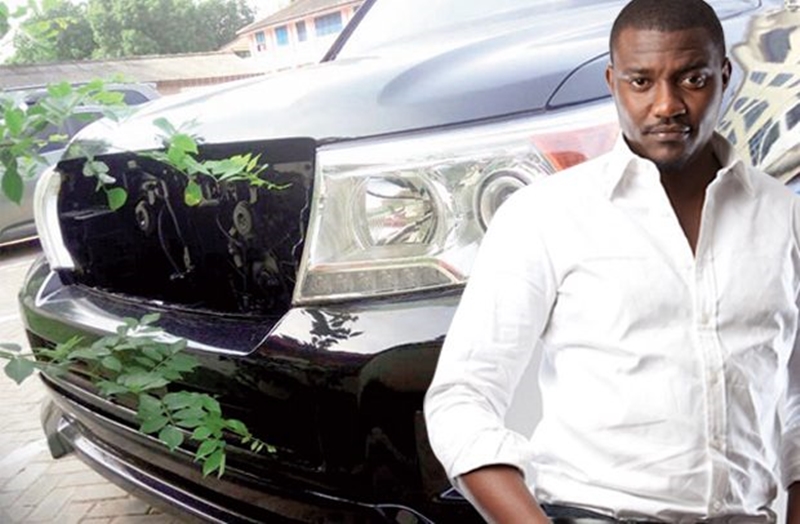 Actor/Entrepreneur John Dumelo has reacted to reports that a state owned V8 vehicle which happened to be in his possession has been seized by National Security officials.

National Security operatives caught popular movie actor John Dumelo with a vehicle belonging to the state and retrieved it from a spraying shop, according to report by Dailyguideafrica.com on Friday March 24, 2017.

In response the award-winning actor has laughed at the news with an emoji and a screen shot of the daily guide newspaper. 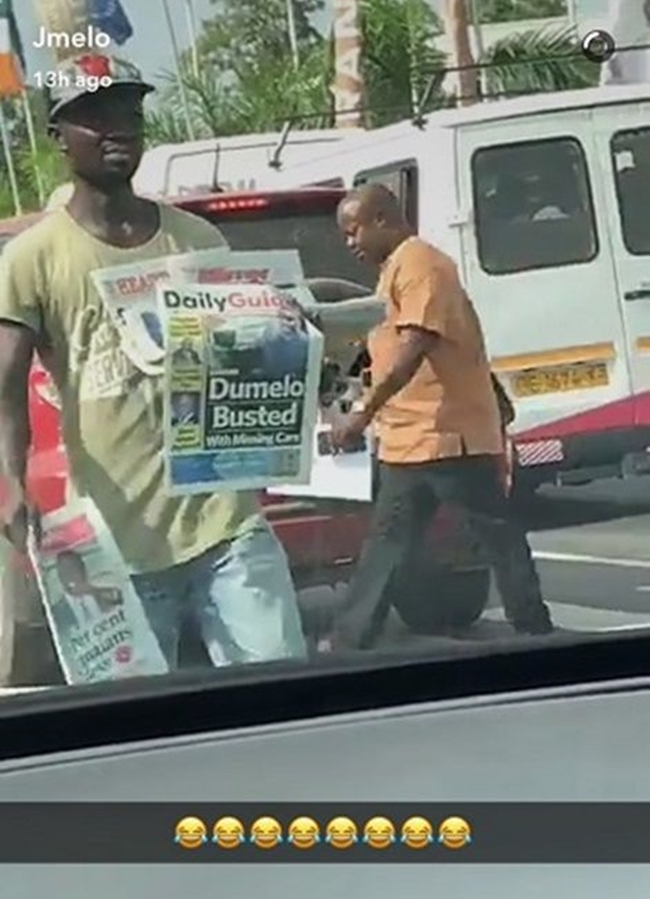 The “Baby Thief” actor also gave an extensive responds, vehemently denying all the allegation leveled against him.

He posted, “I have not granted any interview both private or public to which I mentioned the name of the first lady for buying me a V8,” although Daily Guide insists that it contacted him on Thursday via telephone and he said, “I wouldn’t like to comment about it.”

He continued, “I bought the vehicle myself; I never said it anywhere that Madam Lordina bought it for me. I have in my entire NDC life met her Excellency only once at a public event. Treat any publication that tries to link my purchase of a V8 to the former first lady as trash.”

“Did I work at the flagstaff house or hold any political appointment that entitled me to a state car? And I’m sure some people within the NDC are rejoicing because of this false news,” he reacted before signing off with “Keep rejoicing…”

National Security operatives caught popular movie actor John Dumelo with a vehicle belonging to the state and retrieved it from a spraying shop.

Dumelo was allegedly attempting to conceal the identity of the black V8 Toyota Land Cruiser with registration GE 8118 –16 when the operatives pounced on it at a garage at Abelemkpe in Accra where it had purportedly been sent for re-spraying.

The vehicle, with chassis number JTMHVOJ2F4159829, 2015 model with full option, has been parked at the Office of the President Annex for almost one month.