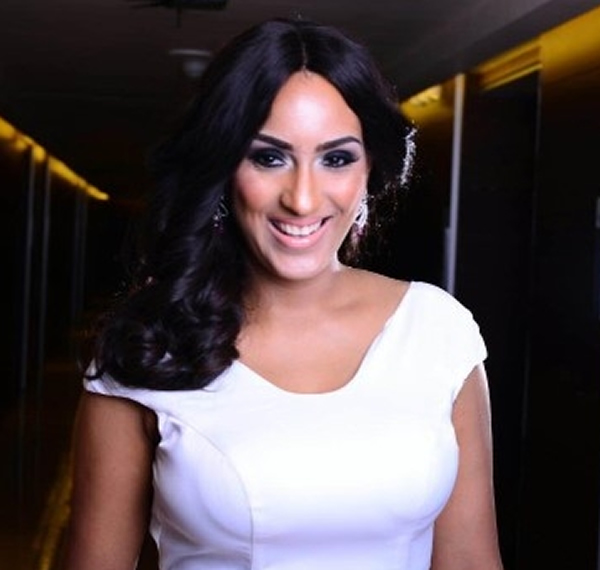 Ghanaian actress Juliet Ibrahim has been billed to host the 2015 GLO CAF Awards.

From a humble beginning as an usher at GLO CAF Awards in 2007 beautiful Ibrahim rose from an usher to a guest at the event in 2012.

2014 Juliet Ibrahim was present at GLO CAF Awards again as a guest. Fast forwarding in 2016 Juliet will be hosting the 2015 edition of the awards on 7th January in Abuja, Nigeria.

“From being an usher at Glo Caf awards 2007 to being to being a guest at Glo caf 2012 and 2014 and now to hosting the Glo Caf awards 2015! If Jesus say Yes nobody can say No. When I told my sis that I will be hosting this year’s Glo Caf awards @ssoniaibrahim asked me; this life is funny do u remember back in the day when u were just an usher for Glo Caf? Lol God is an awesome God. Never give up on ur dreams, keep pushing and stay determined. Catch me live on January 7th.”

Juliet won the Best Actress in a Leading Role Award at the 2010 Ghana Movie Awards for her role in 4 play and has been referred to as the “Most Beautiful West African Woman” according to A-listers Magazine.
In 2014, she released a music video for her hit song “Its over Now” featuring General Pype. She also has a music video ‘Traffic Jam’ and her latest single; ‘Sholala’
Ibrahim was born in Ghana to a Lebanese father and a Ghanaian-Liberian mother. She studied Marketing and Journalism at the Ghana Institute of Journalism. Juliet who speaks English, French and Spanish, recently premiered her latest movie, Shattered Romance in Lagos.
Robert Marawa on the other hand, is anchoring the Glo-CAF Awards for the third time having co-hosted the 2011 edition in Accra with Ghanaian International, Tony Bafoe and the 2014 edition in Lagos.
Marawa is a South African sports journalist and television/radio personality. He attended Hilton College near Pietermaritzburg and the University of the Witwatersrand where he studied Law.
Born on March 1, 1973, he currently works as a presenter for SuperSport in addition to hosting 083 Sports@6 on Metro FM‎ in Johannesburg. Popularly known as “Madluphuthu,” Marawa is currently hosting the Discovery Sports Centre 6-7pm weekdays on Metro FM. He also hosts soccer shows, particularly European Champions League review and update on SuperSport.
Globacom says in a statement Sunday that guests at the International Conference Centre, Abuja on 7 January will, no doubt enjoy the combination of Juliet and Robert when they anchor the gala night of 2015 Glo-CAF Awards.