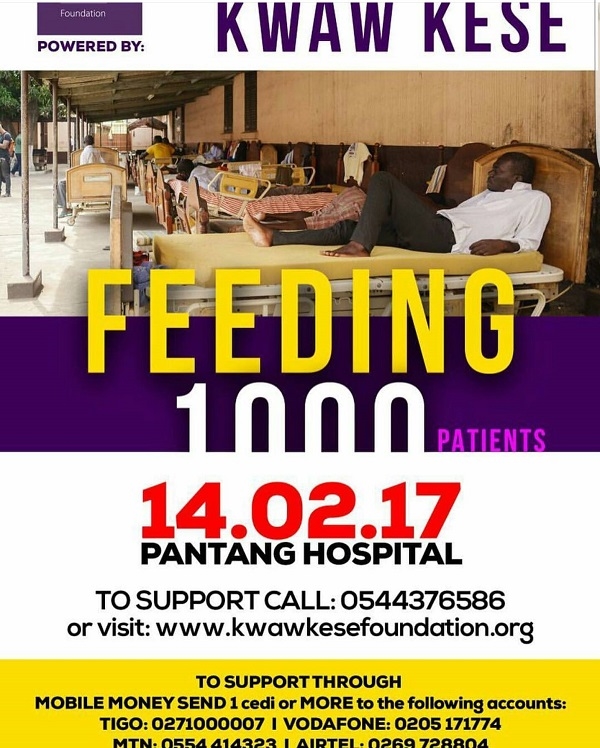 Rapper Emmanuel Botwey, better known as Kwaw Kese looks to make February 14 for patients of the Pantang Psychiatric Hospital in Adenta, in the spirit of the season: love.

His Kwaw Kese Foundation hopes to feed some 1000 patients in the institution, in the latest of his charity activities, which has become regular since his stint in the Kumasi Central Prison in 2015, mainly focusing on donating to inmates to somewhat ease the harsh conditions they face behind bars.

Popularly called “Abodam”, Kwaw Kesse was born Emmanuel Botwey and rose to fame with his 2007 Abodamalbum. He’s also known for such singles as Nonsense, Poppin, Monkey Dey Work, and Who be You.