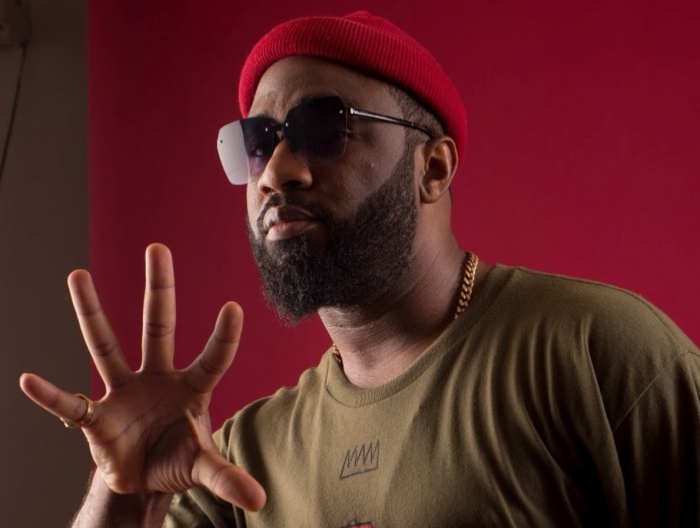 Nigerian songwriter, singer, producer and entertainer Praiz, known in real life as Vance Lee Watt II has said that a lot of hit songs churned out by Nigerians have “Ghanaian groove”.

Praiz made these revelations on the #VJmix edition of Ghana’s number one mid-afternoon entertainment show, “Rythmzlive” on Ghone TV to hosts Dj Xpliph & Aaron Ayiih. According to him, Ghanaian and Nigerian songs have a lot of similarities.

When asked by Dj Xpliph what he loves about the Ghanaian music industry, he retorted, “one thing I love about Ghanaian music is its simplicity. It is very simple but complex at the same time. It takes someone with great art to be able to put out work which is complex yet very simple”. Music is a universal language, so I should be able to tap into your sound, listen and fuse with your sound”.

Answering questions on music policies, Praiz reiterated that, there is no such music policy in Nigeria that stipulates or regulates the rate at which non-Nigerian songs are played.

“If that is done, your music won’t be played in other countries”.

After Aaron Ayiih asked whether Nigerians are united as portrayed globally, he answered, “the truth is we are all human beings, and I could act like I like you in public but deep down I might not like you so only God knows”.

Praiz has a new song with Stonebwoy dubbed “hussle”. He explained that the inspiration behind hussle is to encourage people to be proud of their jobs and never forgetting family. He has also wrapped off his sophomore album which is set to drop in July with a listening session to take place prior to the release.

Watch the full video below: