“MOTHERHOOD IS A FULL-TIME JOB”-Naa Ashorkor 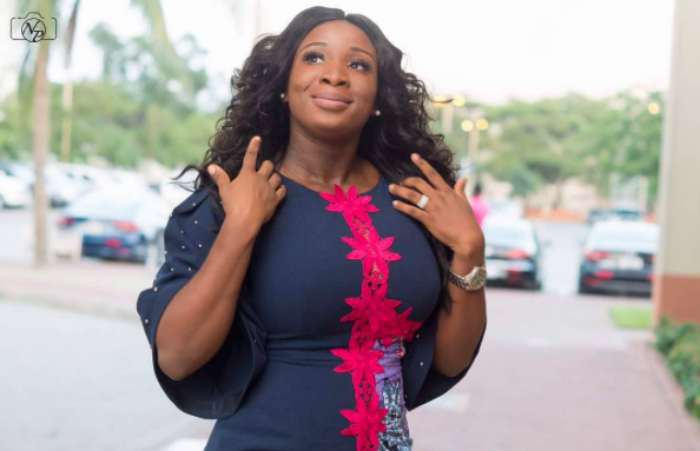 By societal expectation, starting a family immediately after marriage is the norm, but for actress/TV presenter, Naa Ashorkor, young wives need to be given the chance to plan their way into motherhood.

Naa Ashorkor, who recently gave birth to a baby boy, said the pressure for young couples to have children as soon as the rings are on their fingers does not help in planning for the future.

She told the Graphic Showbiz in an interview that already she has to answer questions about when she is having a second baby.

“It’s been less than three months since I gave birth but questions are coming on when my second baby will arrive. Sometimes, I find such questions interesting but I don’t allow them to get to me because I don’t think I’m too old to rush to have children.

“That is the pressure many couples go through and I know many friends who are going through emotional trauma because they are just three years or even less in their marriage and everyone expects to hear the cry of a baby in their home,” she continued.

Naa Ashorkor got married in 2014, and after two years of marriage and no baby, there was so much talk about her getting pregnant but the Perfect Picture actress said she did not allow that to get to her.

Instead, she used such occasions to ask more questions about motherhood and also learn from the experiences of older women to help her prepare for a baby.

“Motherhood is a full-time job on its own and in these modern times, taking care of a baby is no child’s play. Why would you rush to give birth when there are no provisions to make the child comfortable?

“Sometimes, your work could even be a barrier and that is why despite our culture placing much value on child birth, we must give couples the power to decide when they are ready to bring children to this world,” she stressed.

To back her argument, Naa said she sacrificed her job for seven months to have her baby. “These are some of the problems which confront you in making decisions and so you need to plan well.”

Although she took time off radio and television to focus on motherhood, she wasn’t inactive. She told Showbiz she was busy working on her latest play, Bukom, for her April Productions House and her online marketing company, Jaanor.

Already, she’s back on GHOne TV hosting her Tales from the Powder Room and would return to her radio duties as host of Starr FM’s mid-morning show, The Zone from October 2.

“I miss being on air. It feels like forever and I’m looking forward to getting back to work full time,” she said.

Even though she admitted to being indifferent to feminism, Naa Ashorkor, who will be celebrating her third wedding anniversary next month, advocated for women to confidently build and empower themselves to be relevant to the society saying, “marriage and childbirth don’t define any woman’s worth in the society”.