MzVee has been of the scene for some time now and this sparked rumours that all was not well between and her and her record lable. But she has ended all the speculations with a press release this afternoon.

In a press release signed by the ‘Natural Girl’ Singer, she stated that “These eight years with Lynx Entertainment have been absolutely delightful and a blessing and I am glad we still hold our relationship,”.

She added that Lynx Entertainment will always be a strong pillar in her career hence although both parties have decided to part ways, they will amicably continue support for each other.

Lynx Entertainment have also released a statement saying they watched MzVee grow into the woman she is now and wishes her the best, adding that the label is proud of her achievement within the past eight years. The label also added that their separation is on a mutual grounds and pledged their support for her any time she needs it.

Read read both statements below: 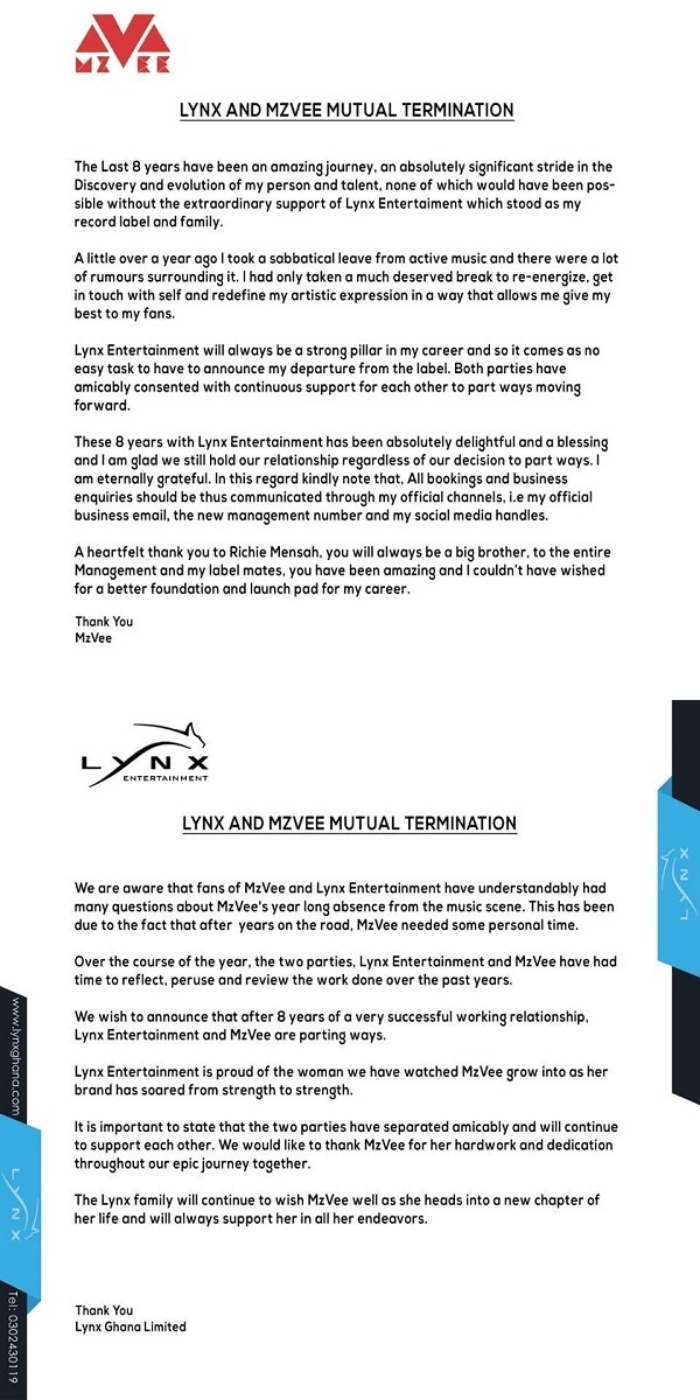 AJAGURAJAH INVITES SHATTA WALE AND HIS FANS TO HIS BANKU PARTY

President Akufo Addo, has stated that despite his elderly age, he wouldn’t think twice about wedlocking …