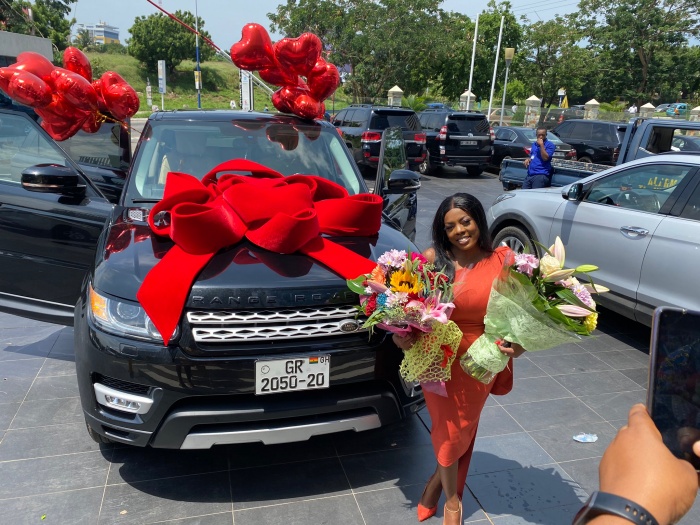 The media personality celebrated her 42nd birthday on Friday, June 19, 2020, and in marking the day, she was gifted a Black Range Rover by an unidentified person.

The car driven by her friend Empress Jamila, a fashion stylist, to her workplace, GhOne TV, caught a lot of buzz on Twitter. But one thing that caught the attention was the number plate of the luxurious car; GR2050-20.

The controversy was heightened when it was alleged a Nissan Rogue Sports Utility had been spotted in town with the same number plate.

Reacting to the controversy in a statement, the DVLA has announced that the number plate on the vehicle purported to have been gifted to the Acting General Manager of GHOne TV, Nana Aba Anamoah is fake.

According to the management of DVLA, the registered vehicle in their system with the number plate GR 2050-20 is that of a Nissan Rogue Sports Utility vehicle and not the Range Rover. 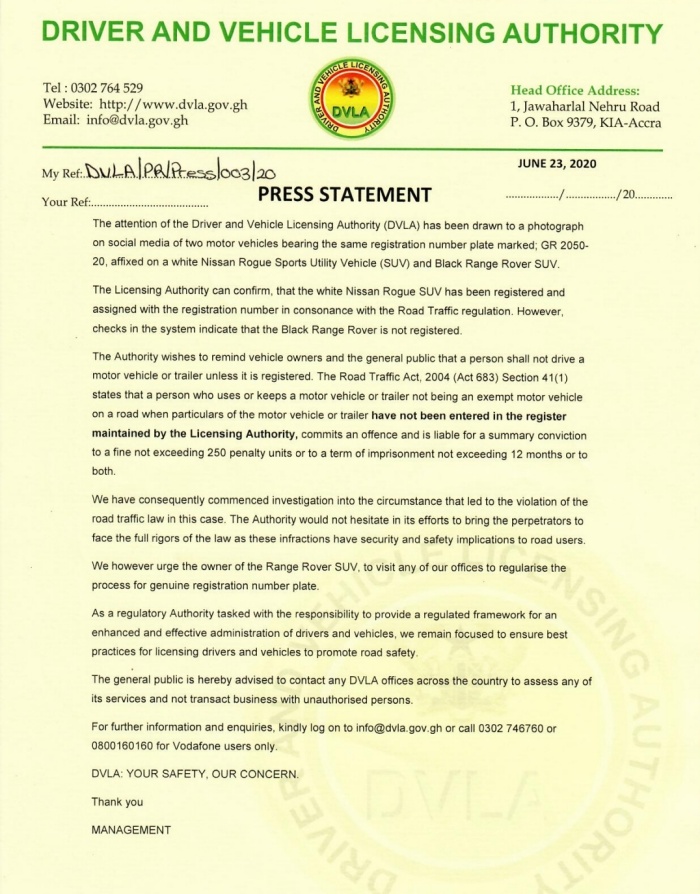 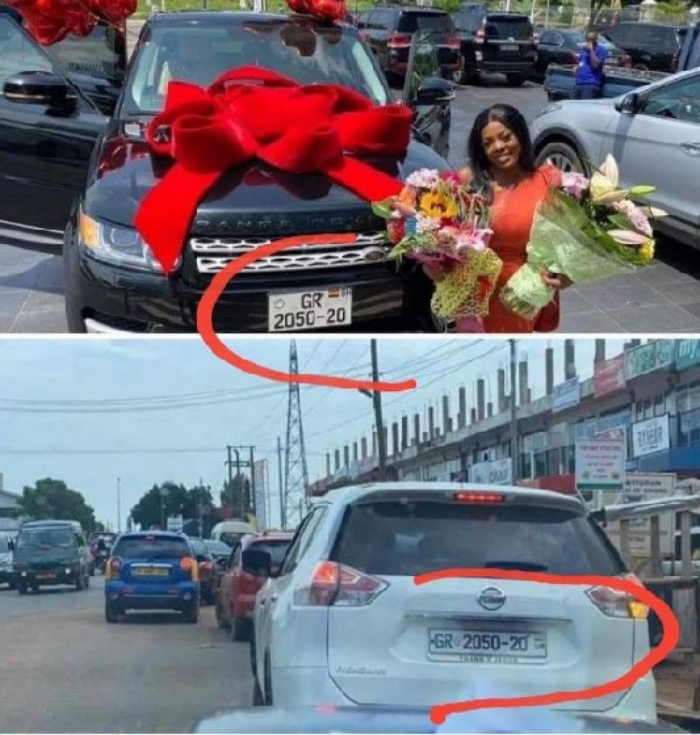