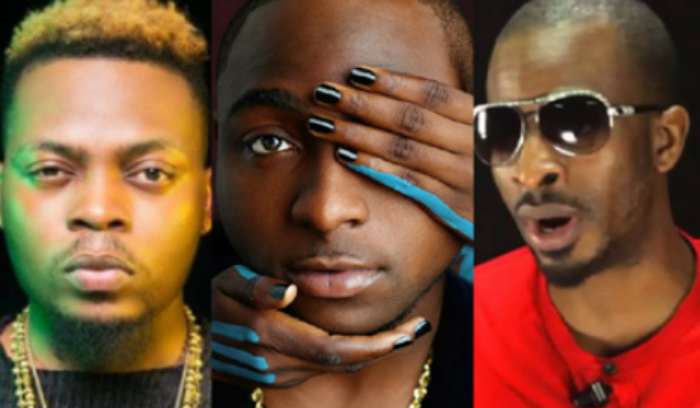 The National Broadcasting Commission (NBC) has said it did not issue a statement banning the songs of Olamide, Davido and 9ice from being broadcast.

The NBC said it is not in the business of banning songs, saying by virtue of the broadcasting law, radio and television stations are to ensure that songs containing vulgar or suggestive lyrics and visuals are not aired.

Idachaba Armstrong, director of broadcast monitoring, told TheCable Lifestyle that a ban notice of ‘Wo’ and ‘Wavy Level’ by Olamide, ‘Fall’ by Davido and ‘Living Things’ by 9ice did not emanate from the NBC.

The ban notice, which was issued by the National Broadcasting Corporation, had been circulating on social media for the past couple of days.

Reacting, Armstrong said: “First of all, NBC is a commission, not a corporation.

“Nobody at NBC issued a statement to the effect. We can’t be issuing statements on every album released in the country. The broadcaster has the responsibility to do the needful.

“NBC does not ban songs, we don’t have any business with the artistes. It is left for NBC to tell stations to ensure the songs and videos are fit for broadcast before putting them on air.”

Armstrong emphasised the need for broadcast stations to do “gate-keeping” so as to determine the songs that are unsuitable for broadcast.

“The whole idea of offensive vulgar lyrics. It is the responsibility of broadcasters to ensure they don’t come on air,” he told TheCable Lifestyle.

“They are supposed to do what is called gate-keeping and they should have editorial control over their content but broadcasters now carelessly air songs without exercising that editorial discretion.

“They abdicate that responsibility and then expect us to start chasing them.”

‘The songs are actually offensive’

The director of broadcast monitoring, however, said he has ascertained that the songs in question are “actually offensive”.

He said: “I have reliably gathered that some of those songs are actually offensive, regarding the lyrics. Some of these songs are for clubs.

“These stations that should practice self-regulation are lazy and unprofessional in their conduct.”

Armstrong said broadcast stations are aware that any lyrics or song containing offensive content cannot be put on the air, adding that any station found wanting will be sanctioned.

“We will impose the necessary sanctions on the stations. If the stations contravene any of the broadcast code, they will be fined,” he said.

Explaining how the process of sanctioning a broadcast station works, he said: “Once NBC picks it up, we call the stations to order and impose the necessary fine. First, we caution you, then impose a fine afterward, which can be between N50-N100k. But if they are recalcitrant, it can rise to N500k.”

Since the news of the purported ban hit the internet, fans and several entertainers have heavily criticised the commission.

Fans of the artistes have also mixed up the alleged ban with the ministry of health’s notification that Olamide’s video for his hit song ‘Wo’ contains “dangerous public health content”.

The ministry had on Sunday notified the public via Twitter that some of the scenes in the rapper’s video violated the 2015 tobacco act.

“The content & video contains scenes that violates the ban on Tobacco Advertising, Promotion & Sponsorship provision of the act #ClearTheAir,” one of the tweets had read.

According to the 2015 tobacco control act, the advertising, promotion or sponsorship of tobacco or tobacco products “shall attract a fine of not less than N3,000,000 and a term of imprisonment of not more than one year”.

The rapper on Tuesday took to Twitter to state that he did not intend to promote tobaccoin his video.