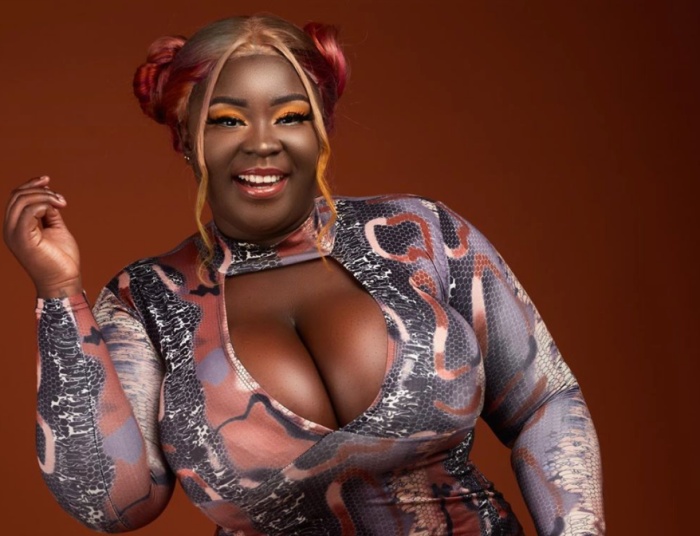 Actress Maame Serwaa is not happy with final out of the just ended Ghana Music Awards and she’s inciting all her followers not to take the awards scheme serious again.

Her comments come after Kuami Eugene was named the Artiste of the Year for the 21st edition of the VGMA 2020.

She was not pleased with the turn of events. She wondered how Kuami Eugene could win Artiste of the Year award over Sarkodie.

Not only Maame Serwaa was surprised when RockStar was announced artiste of the year, but some Netizens also were in shock.

The Artiste of the Year category was fiercely contested by Sarkodie, Medikal, Kofi Kinaata and Diana Hamilton.

Maame Serwaa took to Twitter in multiple posts to register his vexation and also to voice out her opinion.

She tweeted; “NOBODY SHOULD TAKE VGMA SERIOUS AGAIN!!!!!!!!”

Maame also expressed her shock in another tweet: “The Nation is full of Surprises (In Sarkodie’s voice)” 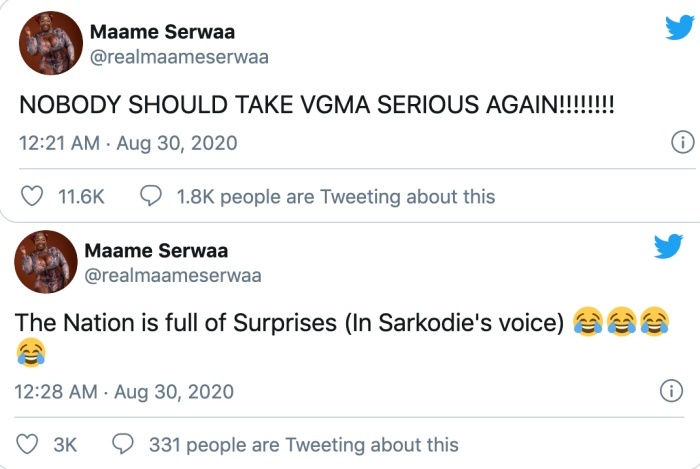