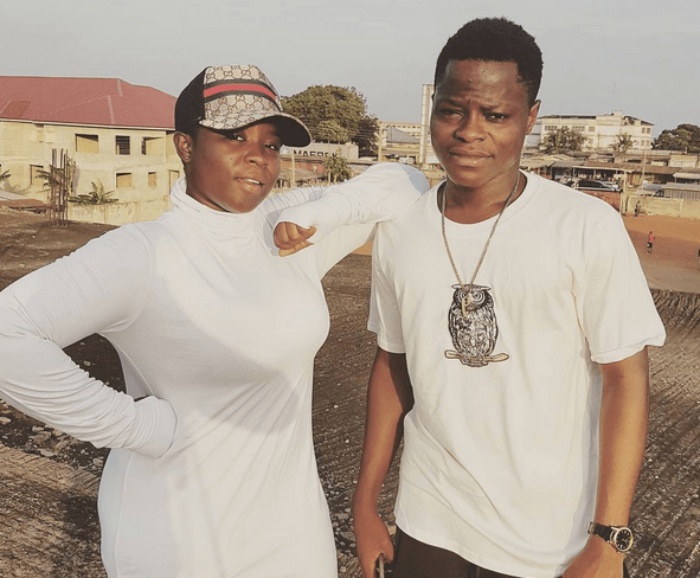 “Awal is dating Maame Serwaa. She is Awal’s girlfriend and they have being dating for sometime now”, Mel Revealed. When host Dr. Cann asked him to clarify his statement, he insisted it is true and asked the host to find out from them.

“I know they are dating for sometime now. I have seen them together so many times and people close to them that I believe will not lie to me, have also confirmed that they have being dating for a while now”, Mel told Peacefmonline.com.

According to sources, the love between Maame Serwaa and Awal seemed so strong that, the two frequently spend a couple of days together. Awal has been seen on several occasions cruising in Maame Serwaa’s car and spends most of his weekends with her in Kumasi and Maame Serwaa has also spent several days and nights with Awal in Accra.

The two lovebirds are trying very hard to keep their relationship from the media but it appears the cat is out of the bag now. Maame Serwaa has been linked with many personalities in the past, who were believed to be in a relationship with her but she denied all those rumors.

It has however come to light that the star actress is in a relationship with another kid star, Awal Mohammed of “Talented Kidz” fame.

Prior to all of this, some pictures of the actress and a young man believed to go by the name, Starboi Mingle went viral and it was rumored that the two were in a relationship.

Maame Serwaa in an interview with Zionfelix recounted the story behind the picture that was circulating on social media and rubbished the relationship allegation.

Awal Mohammed appeared on one of the very first seasons of TV3’s talent show, “Talented Kidz”. He swept lovers of the show off their feet with his rap talent.

He indicated that his mentor was award-winning rapper, Sarkodie. After the show, the rapper was signed to Sarkcess Music. Awal has recorded a song with Sarkodie.

Both Maame Serwaa and Awal are yet to confirm or deny the rumors that the two of them are an item.